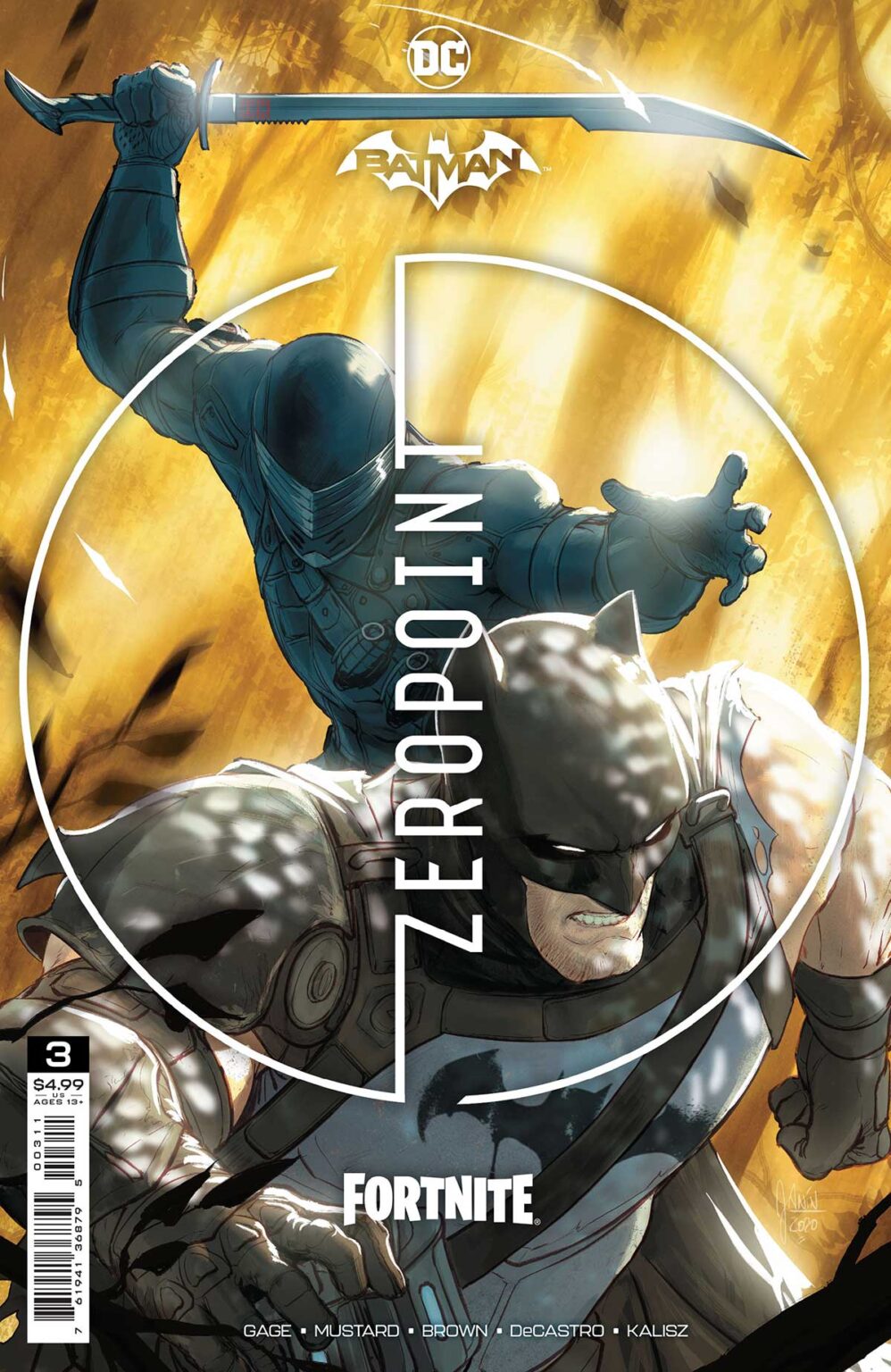 BATMAN/FORTNITE: ZERO POINT #3
Art by: Reilly Brown
Written by: Christos Gage
Publisher: DC Comics
Cover Price: $3.99
Batman versus Snake Eyes. That’s it. That’s the solicit. You heard us, BATMAN VERSUS SNAKE EYES! Yes, THAT Snake Eyes! Worlds collide on the Island as G.I. Joe’s unstoppable ninja clashes with the Dark Knight! Can either of them win, when neither can escape? Will Batman remember he’s got to find a way back to Catwoman, all while trying to get back to Gotham City? And what the heck is Harley Quinn doing here?! Oh, and in case we forgot to mention it: Batman. Fighting. Snake Eyes. Do not miss it! Please note: This digital comic purchase DOES NOT include any redeemable code for Fortnite in-game bonus rewards.