As announced earlier today at Skybound Xpo, Image/Skybound will kick off the first-ever comic book miniseries—Trover Saves the Universe—based upon the eponymous hit video game by Justin Roiland (of Rick & Morty fame). The debut issue will be written by fan-favorite author Tess Stone and launch this August.

Welcome to the ICJ—Important Cosmic Jobs—where employees are ranked by their boss, and at the end of each month, the worst employee literally gets the ax. It’s…not a great gig. But when ICJ’s top eyehole monster winds up dead, the company’s most inept (and rival) employees, Klover and Bo, are falsely accused of his murder and hunted by the Space Cops!

Now they must clear their names and unravel a conspiracy that reaches the very top… that is, if they don’t kill each other first!

“When Skybound mentioned they were interested in doing a Trover Saves the Universe comic with the help of Tess Stone, I knew it was going to be something of high quality,” said Roiland, CEO & Co-Founder of Squanch Games. “Important cosmic jobs is such fertile soil for storytelling, and Tess has successfully expanded it beyond the game’s DLC to create a whole new crazy adventure for Trover fans to follow.”

“Working on this series has been such a wonderful opportunity in more ways than one. Not only do I get to play around in the wonderful setting of Justin Roiland and Squanch Games’ Trover Saves the Universe, I was given the chance to build up and fall in love with characters of my own,” said Stone. “To be able to have this creative flexibility in a world I already adore and admire seems too good to be true, but here we are! I hope that the series through my eyes can properly display my love for the world and everything within, and I’m so excited to share it with everyone!” 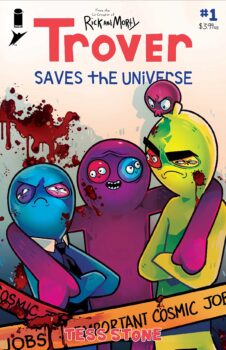 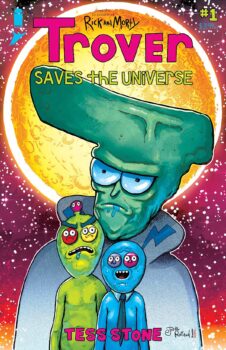 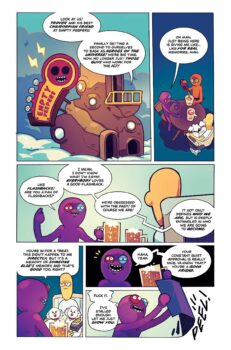 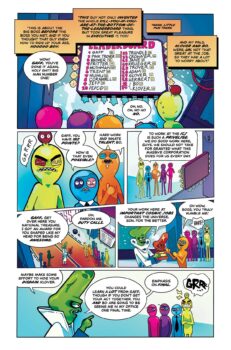 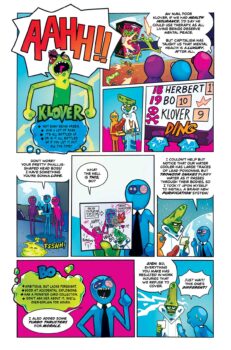 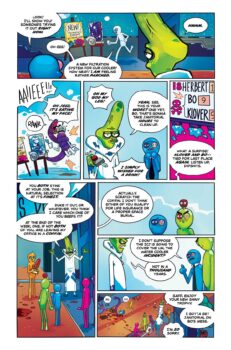 Trover Saves the Universe #1 features a main cover by Stone and a variant cover by  Roiland. It will be available at  comic book shops  and digital platforms including Amazon Kindle, Apple Books, comiXology, and Google Play on Wednesday, August 4: