BOOM! Studios has slipped us an early look at Dune: House Atreides #7 that arrives later this month, and now, we are sharing this sneak peek with you.

Leto has narrowly escaped death after an unexpected revolt on Ix and must now protect Rhombus and Kailea Vernius, children of the planet’s rulers. While the Duke welcomes them with open arms, his wife Lady Helena is rebuffed and skeptical that housing them could bring more harm than good. Duncan Idaho is welcomed into Castle Atreides and discovers all may not be well…

Created by visionary writer Frank Herbert, Dune debuted in 1965, has sold millions of copies and is arguably the most admired science fiction novel of all time. After winning the Hugo Award and inaugural Nebula Award, Dune inspired a best-selling novel series and led to multiple live-action adaptations, including the upcoming feature film from Legendary Pictures. The influence of Dune extends well beyond the world of entertainment, with an incalculable influence on modern scientific thinking about politics, religion, outer space, environmentalism and more. 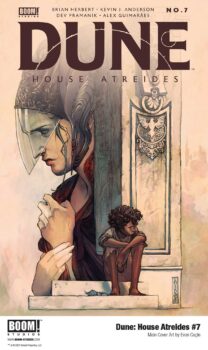 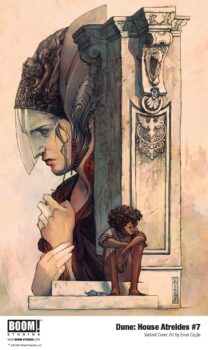 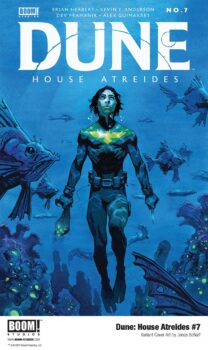 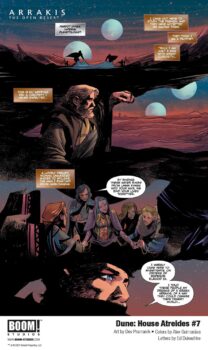 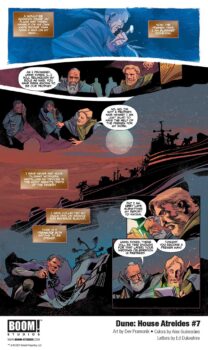 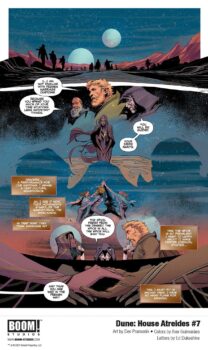 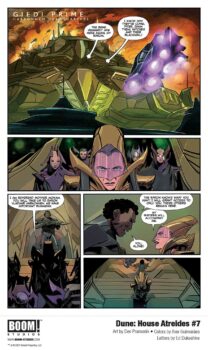 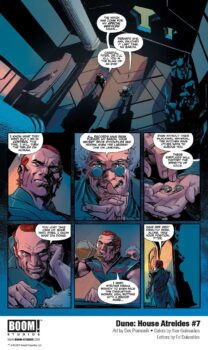