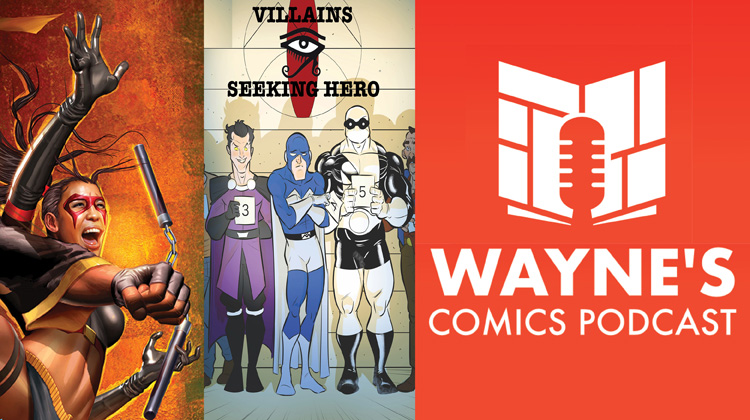 Everything starts with the return of John Hervey from Black Tiger: Hidden Dragon. He has an IndieGoGo project going on now for the latest chapter in this successful franchise, which you can learn more about and support by going to this link! It’s described this way: “The Tigress is back following her sole lead into her father’s murder as a hidden evil rises.” It will conclude in 60 days, but don’t wait! Support it as soon as you can!

Then everything wraps up with the return of Louis Southard as he talks about his great series Villains Seeking Hero. This has been Louis’ first comic, and he definitely started off with a bang! Here’s the book’s description: “Drowning in his own professional downward spiral, the veteran super-villain known as Master Molecule has been forced to become the leader of a new team of heinous criminals. In his shadow now lurks the powerful yet eccentric Spirit King and the mute force majeure Nite-Man. As the three coworkers learn to live with each other, they must also deal with whatever else their dangerous and bombastic world of costumed crusaders throws in their direction.” We discuss the future of this title as well as the other projects Louis is working on! For excellence in comic storytelling, I highly recommend all his creations, so be sure not to miss them!