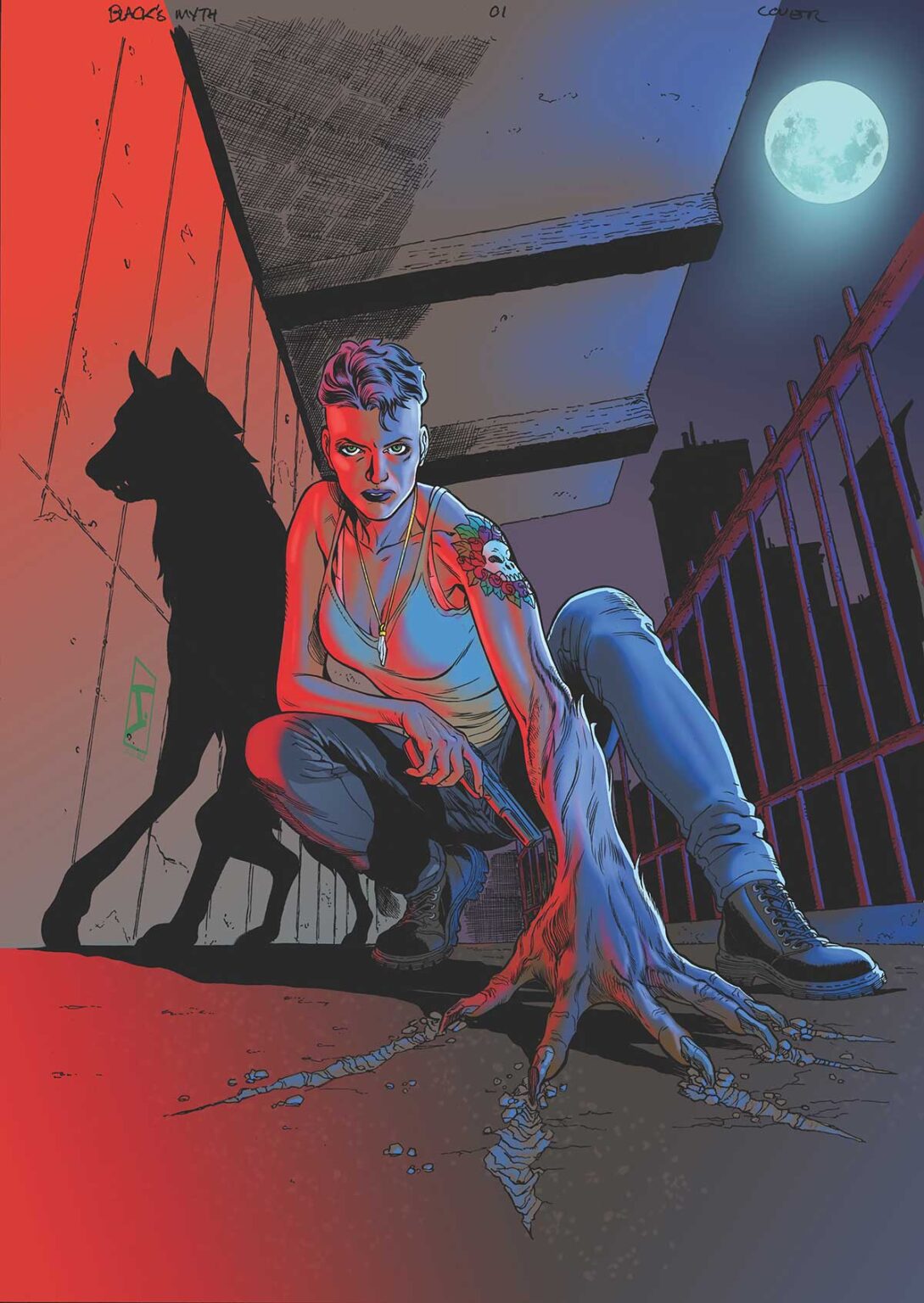 Eric Palicki and Wendell Cavalcanti are teaming for Black’s Myth, and all new punk rock horror series about a werewolf private investigator.

“Like all the best punk rock narratives, BLACK’S MYTH is about outcasts finding each other and accepting their place in the world,” said writer Eric Palicki in a press release from AHOY Comics. “In its own subtle way, it’s about being part of the comics community.”

“Working with the team has been great,” said artist Wendell Cavalcanti in the same press release. “I’m given a lot of room to create the world of BLACK’S MYTH, and the input I receive from Eric and Sarah perfects it. We all work really well together to make a unique book.”