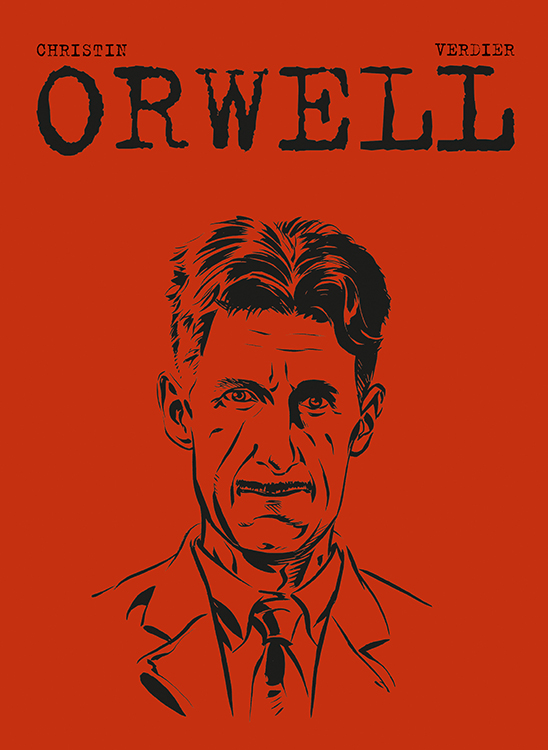 SelfMadeHero has announced the upcoming release of Orwell, a new bio-comic looking at the life of George Orwell. Orwell studied at Eton, joined the police in Burma, fought against Franco’s Fascists in the Spanish Civil War, as fiercely opposed Stalinism, and famously lived “down and out” in London’s slums while building a career as a journalist and broadcaster – at the BBC.

A man of many parts, Orwell’s intriguing and baffling diversity is here enhanced by additional contributions from a further team of specially commissioned artists, including Juanjo Guarnido (Blacksad series), Enki Bilal, Manu Larcenet, Blutch, and André Juillard. Pierre Christin’s graphic biography is a lucid and compelling account of the life and times of an iconic literary prophet.

Orwell is written by Pierre Christin, with art by Sebastien Verdier.