Blade has a distinct memory of a world full of Avengers. Yet Earth’s mightiest heroes is the Squadron Supreme of America! Find out what is going on in Heroes Reborn #2 by Marvel Comics! 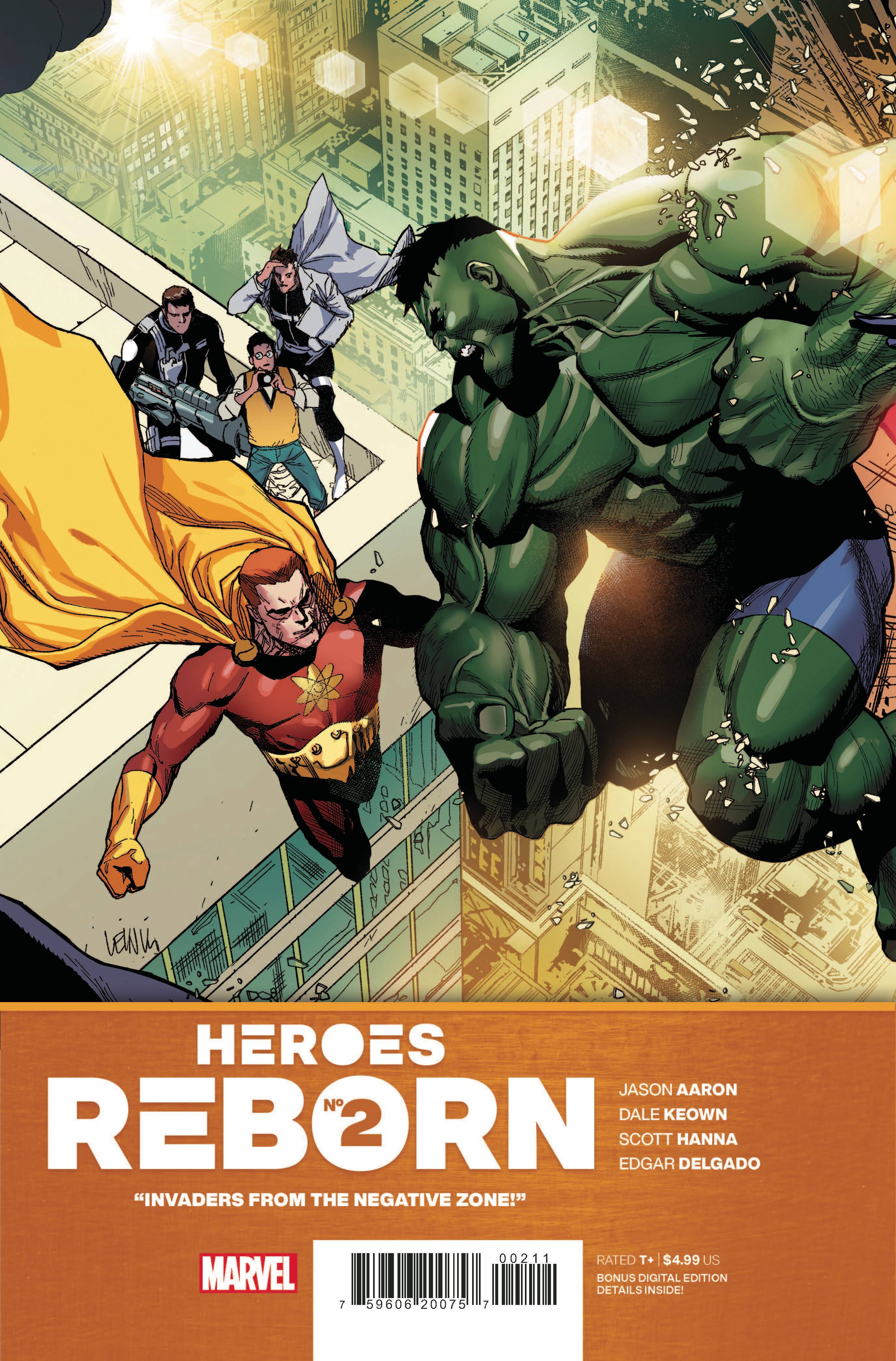 Previously in Heroes Reborn: Blade wakes up in the world where Phil Coulson is president, and the Squadron Supreme of America keeps the peace. He searches for the old Avengers but finds a depowered Thor and Captain America encased in ice. Nothing feels right, and Blade is going to get down to the bottom of it by freeing Earth’s First Avenger!

The story takes the point of view of Hyperion. His alter ego is Mark Milton, 9th grade American history teacher. After defeating Doctor Doom, Reed Richards gives him a call and tells him that a lot of supervillains escaped from the Negative Zone. Hyperion goes on a hunt and captures a ton of villains within a short period of time. However, one target is a threat to him. He finds Hulk talking to his history students. Hulk seems confused because he remembers the Avengers but is seemingly killed by Hyperion while trying to figure out what is going on.

Mark Milton sees a bum outside his classroom and confronts him. Before Mark can arrest him, he disappears from his sight. This bum is revealed to be Captain America and he was whisked away by Blade. He realizes that everything is wrong and resolves to help Blade figure out what is actually going on.

The creative team did an excellent job making us hate Hyperion. He is almost like this blood-thirsty American that solves a lot of problems through violence. Very much a shoot first, ask questions later kind of guy. He is going to act as a foil to Captain America and in a way, he is perfect for that. Hyperion is a Superman analogue and Captain America is just a super soldier with a shield. And for some reason that conflict makes me excited to see how they will mirror each other.

On top of that, this comic has an assortment of easter eggs. We get a brief look at a depowered Peter Parker who will get a larger role in his own comic this week. There are glimpses of Ultron and a few other villains that offers a different interpretation for this setting. It is quite a fun thing, and the world building is quite phenomenal for this comic.

The world building is solid in this story, and I think the creative team is doing a great job creating a coherent story. This is going to be a comic event to look out for over the next month and a half or so. 4 out of 5 for this one.

Heroes Reborn provides a unique perspective on the Marvel World by taking out the Avengers. This issue shows us a bit about Hyperion and his misguided point of view.