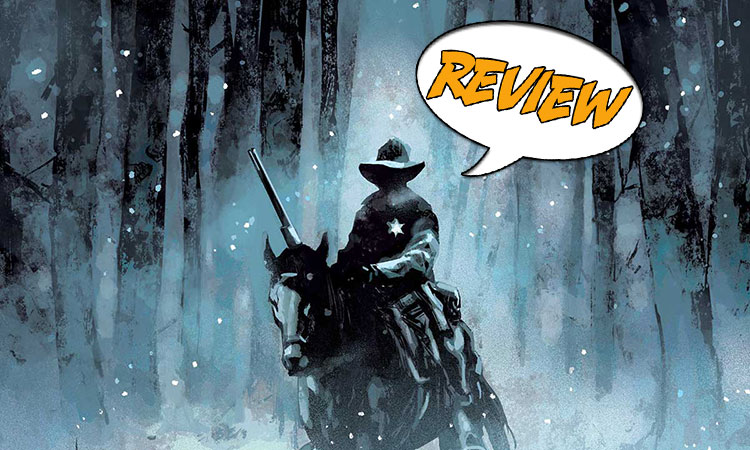 In the town of Hailstone where people are missing, and Sheriff Denton and Deputy Tobias must keep the peace. Check out the mystery in Hailstone #1, a ComiXology Original!

Previously in Hailstone: Welcome to the Hailstone. The food is running low, and the town is trapped in a relentless snow. People are desperate and there is a well-stocked union military factory right next door. With people missing, will Denton and Tobias be able to keep the peace?

Mary has gone missing in the woods marking the fifth person who has gone missing in Hailstone. Sheriff Denton and Deputy Tobias are on the case, but before they head out to patrol, they see other townsfolk at the gates of the military compound. The factory is a place where the Union makes black powder, clothing, and other resources for the Union Army and has a plethora of food. To ease the crowd, Sheriff Denton opts to talk to Captain Spencer for aid in finding the missing people. The captain refuses but does give them some food to help Hailstone out.

Denton, Tobias, and a few other men begin to patrol the forest for Mary, but they are attacked by wolves. The pack of wolves quickly begin to dispatch Denton’s men, but Denton and Tobias are saved by… something.

I was kind of surprised that the first issue didn’t reveal who saved Denton and Tobias. From a marketing standpoint, I think having the creature revealed would help sell the next issue. Which makes me wonder if we are going to get that reveal late into the series. I do have to admit, the issue has me intrigued. One of the themes I am interested in is the amount of pressure that Denton has on his shoulders. He has to keep the peace, deal with Captain Spender, and find the missing people. On top of that, it is a cold winter and people are hungry. It isn’t going to be easy on him nor on Tobias. I’m excited to see how the creative team handles the mentality of these two protagonists.

I really liked the dynamic the creative team has set for the book. There is a man vs man, man vs government, man vs nature, and a man vs self element to it. And usually, I would be overwhelmed with the bleakness of such a story but in this case, I’m intrigued to see what happens next. 4.5 out of 5 stars for this one.