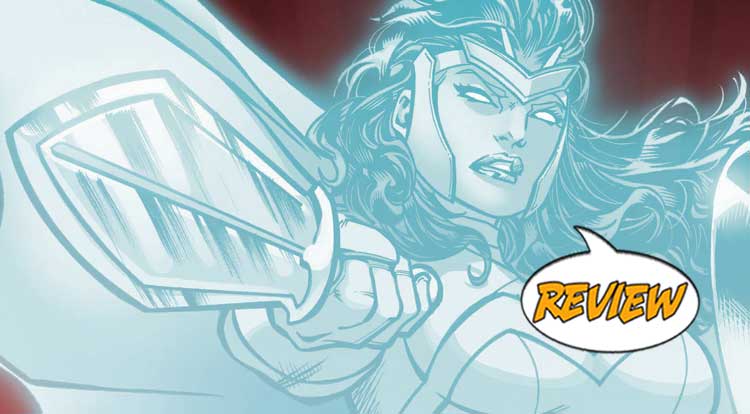 Doc Croc wants to break up The Union, but our heroes have their own ideas!  Your Major Spoilers review of The Union #5 from Marvel Comics awaits!

Previously in The Union:  Doc Croc has defeated Union Jack and the team!  But can this truly be the end of the line for our new heroes, or can they receive one last push to pull it together?

“THEY TURNED ME INTO A VILLAIN!”

Having finally claimed The Empire Stone, Doc Croc comes a terrible realization: He’s the baddie!  Worse still, he has empowered Steve Darwin as would-be Emperor, and he’s disassembled the team that might have saved them.  Then again, reports of The Union’s demise are a bit premature, as not only does Union Jack rise, empowered by the spirit of lost leader Britannia, one of Croc’s own agents reveals herself to actually be The Choir!  Britannia calls her agents together, and The Union attacks.  Darwin’s power keeps them on the ropes, until Doc Croc reconsiders his situation, and attacks.  His whole team is killed, but Darwin finally falls…

…only for Doc Croc to steal the stone that try to take over the world himself.

SO, IT’S A BREXIT METAPHOR

The dissolution of the team that represents the United Kingdom is a pretty pointed political metaphor here, but it’s somewhat diluted by the fact that the series was cut from an ongoing to a limited series before it ever saw print, and that The Union ends the issue missing in action, save for Union Jack in the hospital.  Grist’s script is exciting, with his usual wry humor and at least one overtly gross joke about Corgi feces that is nonetheless kind of funny.  The end of The Union #5 also feels sudden, as it it was written with the intent to continue, making it feel like it ends in mid-sentence, with Britannia’s mystical resurrection unexamined and unexplained.  Di Vito’s art is very well-done throughout the issue, with special attention for the battle on the Tower Bridge, but I especially liked seeing Bulldog and Snakes try the classic X-Men Fastball Special, with their own twist.  It’s rare enough for a Big Two book to introduce new characters these days, much less a whole team of them, and I’m saddened that these guys are likely going to be nothing but an after-thought from now on, likely to be eaten in the next big crossover.

In short, The Union #5 is both satisfying and disappointing, with some lovely art, clever new characters and a hook that might have made for some fun long-term stories going to waste, ending on a slightly awkward moment and earning 3 out of 5 stars overall.  I don’t know if Grist, Di Vito and company are going to be doing more work for Marvel, but I sincerely hope so, and maybe this time the book won’t be cut short by external factors.

Also, Snakes needs their own title!

It's disappointing that this book wasn't given a shot at greatness, but at least it ends with some actual heroism and teamwork from the group and some well-done art.