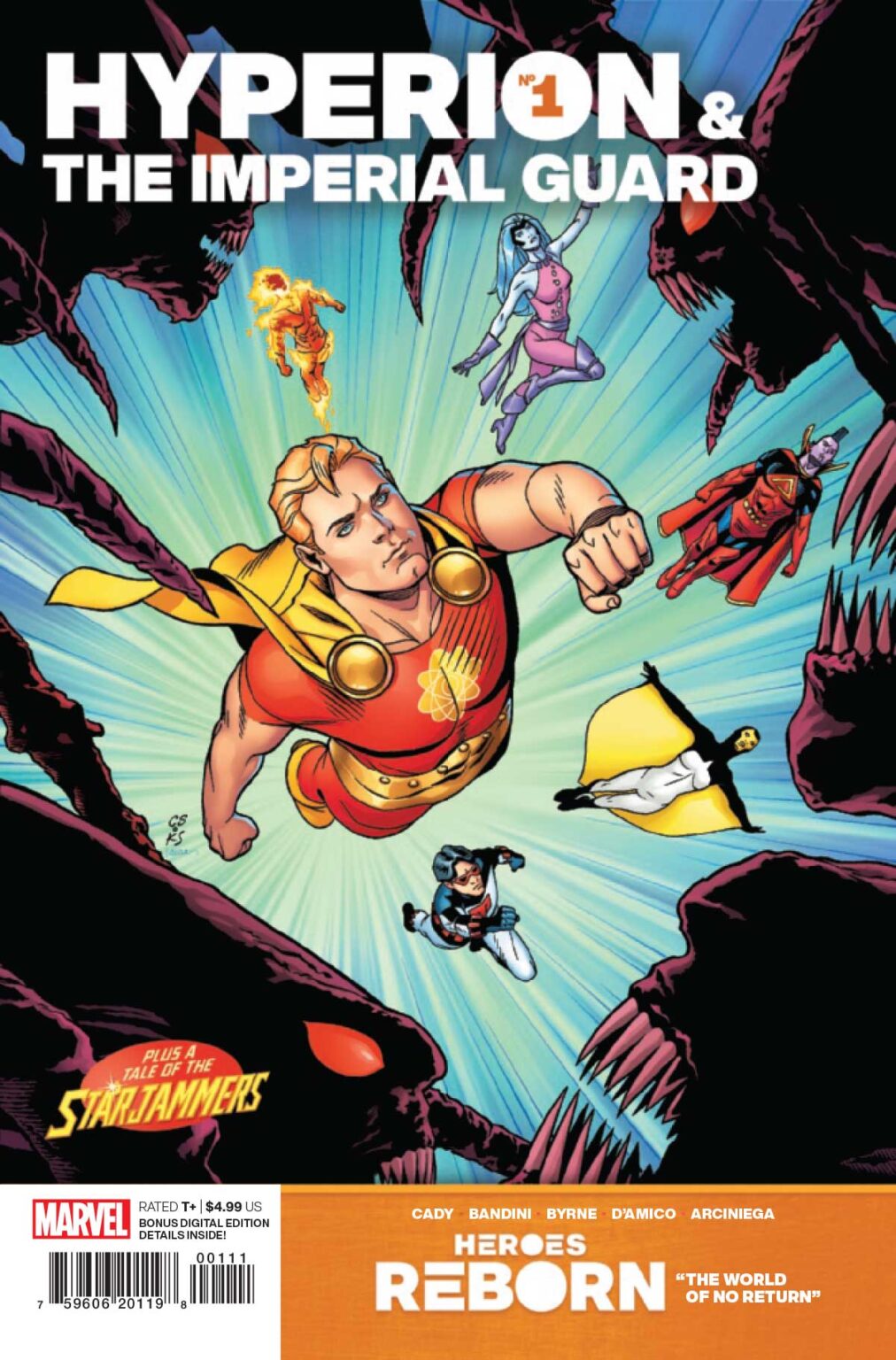 PREVIEW: Hyperion and the Imperial Guard #1

HEROES REBORN HYPERION AND IMPERIAL GUARD #1
(W) Ryan Cady
(A) Michele Bandini, Stephen Byrne
(CA) Chris Sprouse
The teenage Hyperion’s cosmic quests with his Shi’ar friends near their end, but none of the young heroes are ready to say farewell. A quick mission in the Negative Zone sounds like the perfect coda to a storied fellowship…but what awaits Hyperion, Gladiator and the rest is horror and agony beyond their wildest nightmares!
Also included in this issue: a special preview of the new spinoff series, THE STARJAMMERS!
Rated T+
In Shops: May 12, 2021
SRP: $4.99