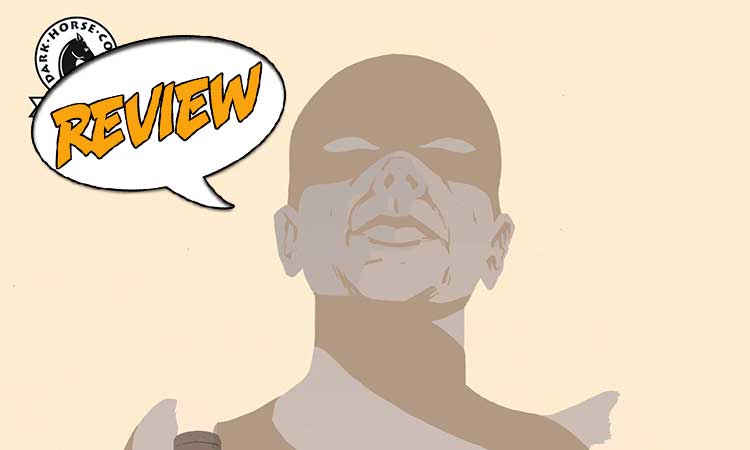 Joe’s investigation leads from the library to the home of a retired newspaper editor. Does everyone in town but Joe know what is going on? Find out in Dead Dog’s Bite #3 from Dark Horse! Previously in Dead Dog’s Bite: A couple months have passed, and most of the town of Pendermills has settled back to normal. Cormac is still missing and Joe continues her investigation. She gets into the Mayor’s office and he sort of lets her look through the registration ledger while pretending not to. Cormac’s name is the only one signed in red. As she wonders where old ledgers might be, the police chief tells her to stay out of trouble and not to break into Patricia Pendermills’s office to look for her old ledgers. She sneaks in at night, finds the old ledgers, and discovers a handful of other names written in red. A noise startles her, and she gives chase to someone in a poncho until she trips and blacks out. When she finally gets back to her trailer, she finds that someone has burned it down.

NOWHERE ELSE TO GO

Dead Dog’s Bite #3 opens with the narrator watching “The Long Goodbye,” before he reminds us that Joe’s home was burned down and we are deftly led into the story. Joe is at the diner with scraps of notes spread out on the table. She dozes off briefly, and dreams of the person in the poncho until she is startled awake by the waitress.

She moves to the library and goes through old newspapers on microfilm. The first five people on her list were all declared missing. But the archives at the library only goes back thirty years. She finds a librarian and has quite a circular conversation with him before finding out that the previous editor of the paper, Fred Quil, possibly has older papers. One of the hallmarks of this book is the weird conversations, full of non sequiturs, yet also imparting information. It is almost like people want Joe to find things out, but at the same time they want to obfuscate their help.

It’s dark and snowing by the time Joe leaves, on foot. The police chief stops to give her a ride, and a warning. She hints that she knows Joe broke into the peppermint factory and tells her to stop. Joe gets out of the car and continues walking, past the factory, past Ferg’s store, out of town to the isolated house where Fred Quil lives. He lets her in, then takes her into the den while he insists on making some tea. He brings Pendermills Peppermint cookies while waiting for the water to boil and obtusely deflects Joe as she comes around to the topic of the newspaper archives. When he asks her what she’s looking for, she says she is helping the Mayor on his campaign.

He pulls a paper for her, which has nothing to do with anything apparently. Then she asks for a specific date. He hands the paper to her and tells her what she is looking for is on page 5. On that page is confirmation of someone else who has gone missing. Quil tells her she is not the first person to investigate the disappearances and she won’t be the last.  And that Cormac is gone.

All along I have been wondering if Cormac Guffin is, in fact, the MacGuffin of this story. The way information dribbles out keeps making it feel like the answer is just around the next corner, but when we reach that corner, it slips further away again.

The action in Dead Dog’s Bite #3 is more mental and emotional than physical. I like the use of 9-panel pages throughout much of it. As Joe does her research, some of the panels are broken down further to give us a montage of what she finds out. The structure is also used to capture the moments where Joe is at a standstill, such as when she talks to the librarian. He sits at a desk piled high with books he has been stamping. He moves very little, while in contrast, Joe’s body language appears agitated bordering on frustrated.

When Joe walks out to Quil’s house, the panels show us snapshots of what she passes on her way out of town. We see places that have become familiar to us. We see how abandoned the streets are in the snow, and how the snow is piling up more and more. There is movement, but it is the deliberate movement of someone who is walking as time keeps passing by.

BOTTOM LINE: A WORLD OF MISDIRECTION AND CONFUSION

Dead Dog’s Bite #3 takes the opening mystery and twists it into something deeper, something with multiple levels. Is Joe doomed to fail, like the other investigators before her? Are the townspeople actually helping her, or hindering her along the way? I look forward to next month’s conclusion!

Joe painstakingly follows another lead only to find her hopes dashed.