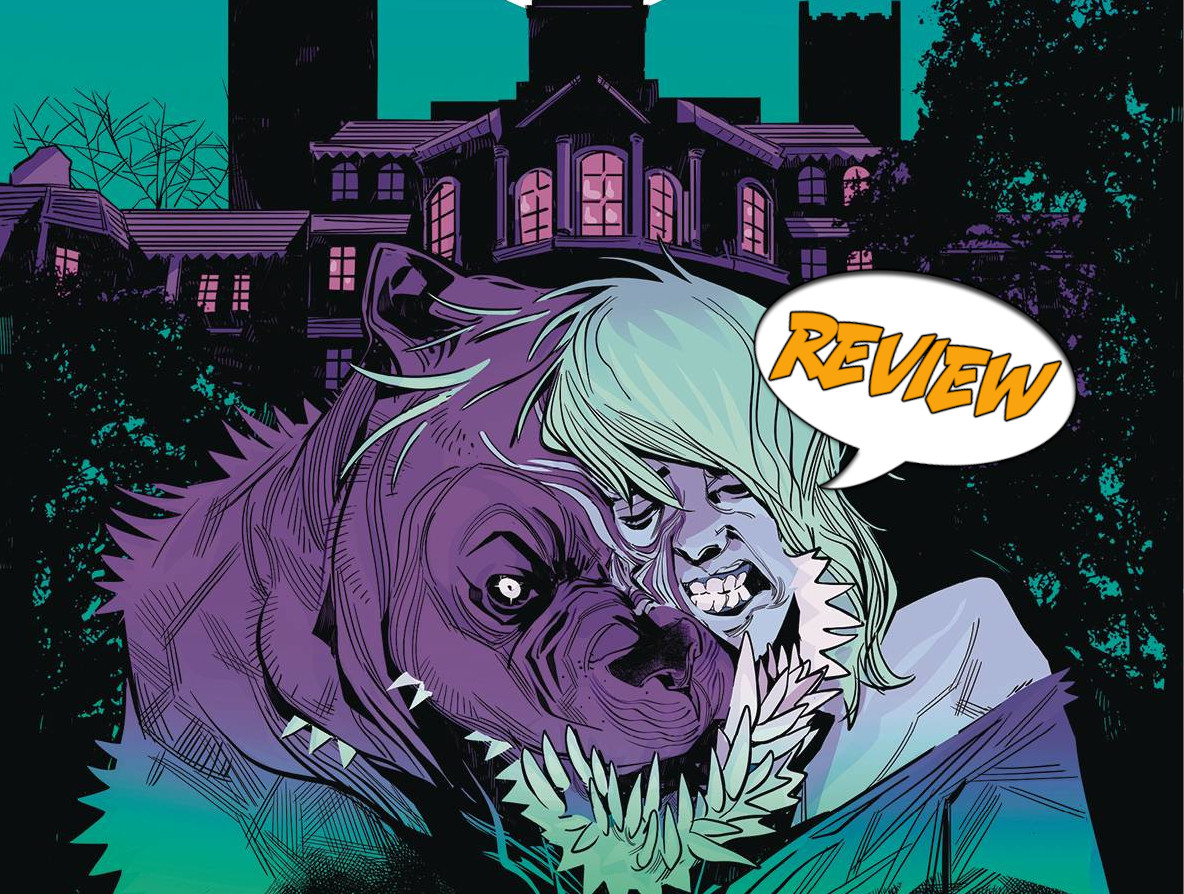 Several teens discover that they have out of the ordinary abilities that are triggered by high stressful situations. Find out if they government can “bring them home” in Broken Souls Ballad #1 by Scout Comics! Previously in Broken Souls Ballad: Saint Abigail’s Institute creates monster-teenager and have somehow let those teenagers become adopted. Now their powers are showing up again and mysterious people are looking for them.

I’ll open this review by giving a content warning about self-harm, abuse, and extreme violence.

The story opens with a teenager, Markus, living with his abusive adoptive parents. At certain times, an odd dog head appears out of his neck, and he gains canine like features. After a brutal beating, Markus loses control and kills his foster family. We then meet Tom who goes to the beach with his friends while talking about their D&D campaign. However, there are bullies on the beach and as he goes to protect his friends, he ends up having a panic attack and his body creates a weird pink liquid.

The story returns to the crime scene of Markus’ murders. The cops let in a few government officials who finds a trail. Markus is found cutting himself in a dock house to appease the dog when the two officials burst in. He intends to turn himself in to get the help he needs but these two black-suit people begin to beat him. He then is forced to protect himself and kills his attackers.

This story was disturbing. It was visually dynamic which only added to the dark tones of the story and the trauma of the kids. I am uncomfortable and that is what the comic was trying to accomplish. I found it hard to get past that uncomfortable feeling to look at the deeper themes. The comic does focus a lot on trauma and how these two kids are handling their “powers”. Both kids look like they were trying to cope with whatever experience they went through to get these abilities. But I’m not sure where the comic is going heading. This tension of trying to figure out if this book is foreshowing a positive or negative ending is what engages me the most. Regardless, I don’t think it is going to be happy for the characters.

The story is an entertaining, but it isn’t an easy read. I’m writing this review at the end of a long day, and it isn’t something to sit down and relax too. However, it is a well written dark story that will appeal to a certain crowd. 4 out of 5 stars.

Broken Souls Ballad explores the darker trauma of teenagers who have been turned into monsters.