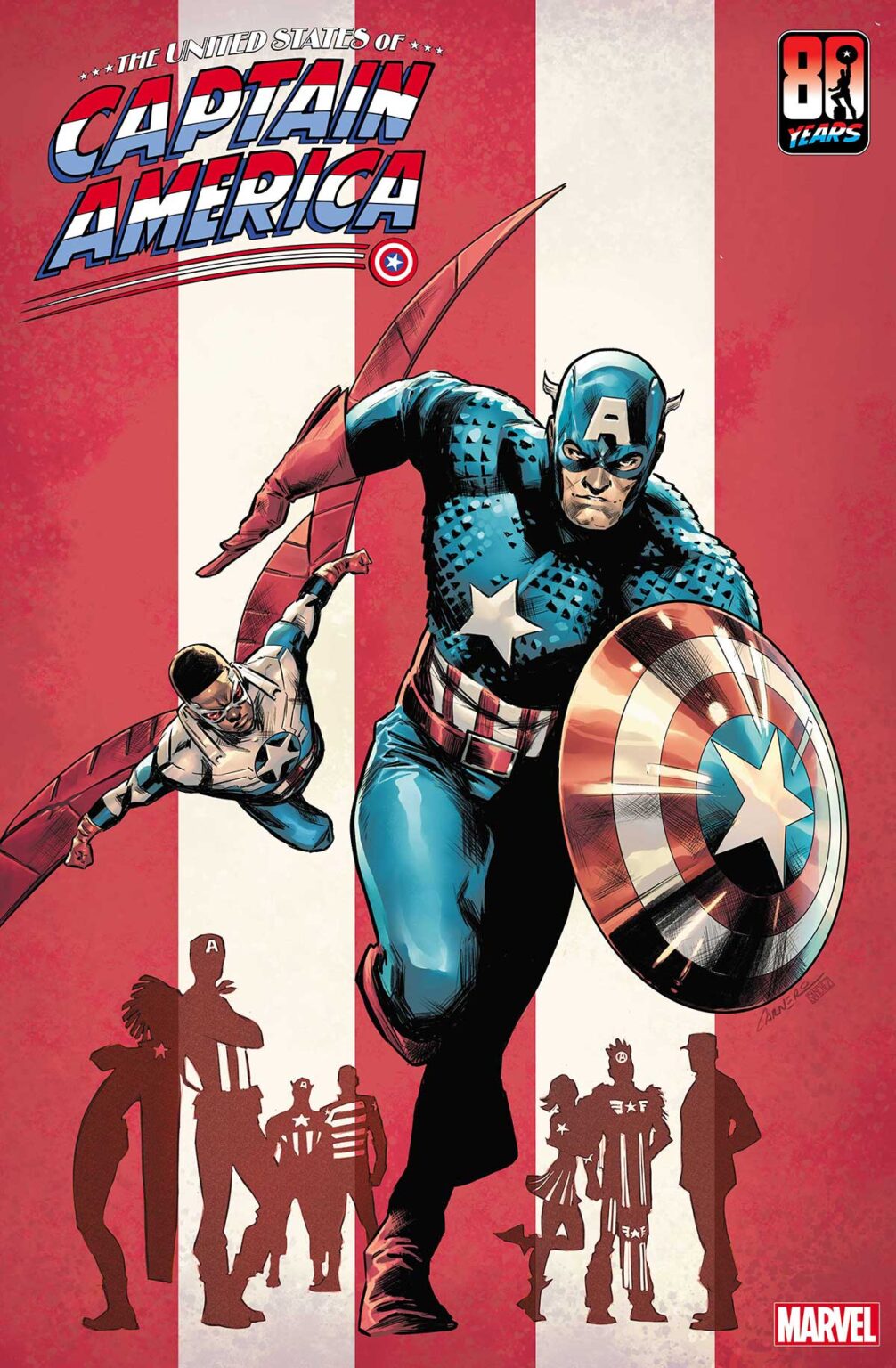 Marvel Comics has announced Carmen Carnero has been tapped to create the variant cover for the upcoming The United States of Captain America #1.

This June, writer Christopher Cantwell and artist Dale Eaglesham will bring Steve Rogers, Sam Wilson, Bucky Barnes, and John Walker on a grand adventure across the county to recover Captain America’s stolen shield. Along the way, they’ll run into heroes who have been inspired to follow in Steve Roger’s footsteps. These fascinating new shield-bearers will offer an illuminating look at the very concepts that define Captain America and the powerful impact the hero has had on the world outside your window. Get a glimpse at the entire lineup of these new characters on Marvel Stormbreaker Carmen Carnero’s newly revealed variant cover for UNITED STATES OF CAPTAIN AMERICA #1. The United States of Captain America #1 is written by Christopher Cantwell and Josh Trujillo with art by Dale Eaglesham and Jan Bazaldua. The issue is scheduled to arrive on June 2, 2021.