BOOM! Studios has released an early look at Jim Henson’s The Storyteller: Tricksters #3 by Amal El-Mohtar and Isa Hanssen.

Meet Reynard, a wily but penniless fox who boasts to his learned friend Stork that he will make himself a fortune at the market, despite having nothing to sell but an empty pouch. But Reynard’s scheme may come with terrible consequences, both for the customers he cons and for the con-man himself… 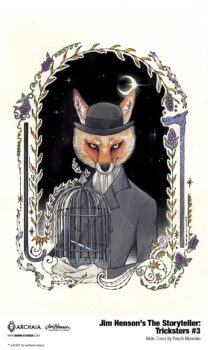 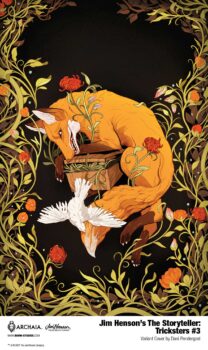 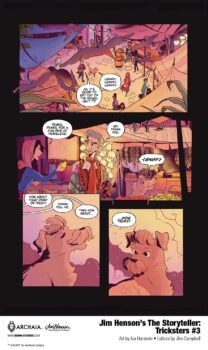 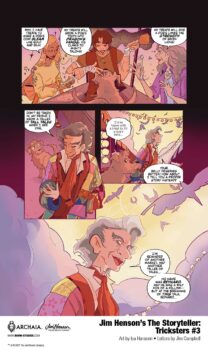 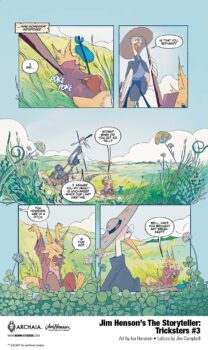 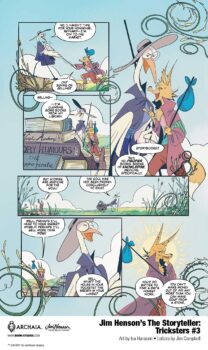 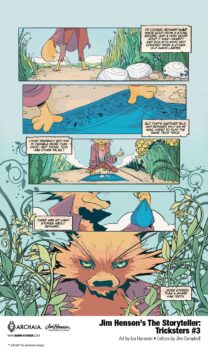