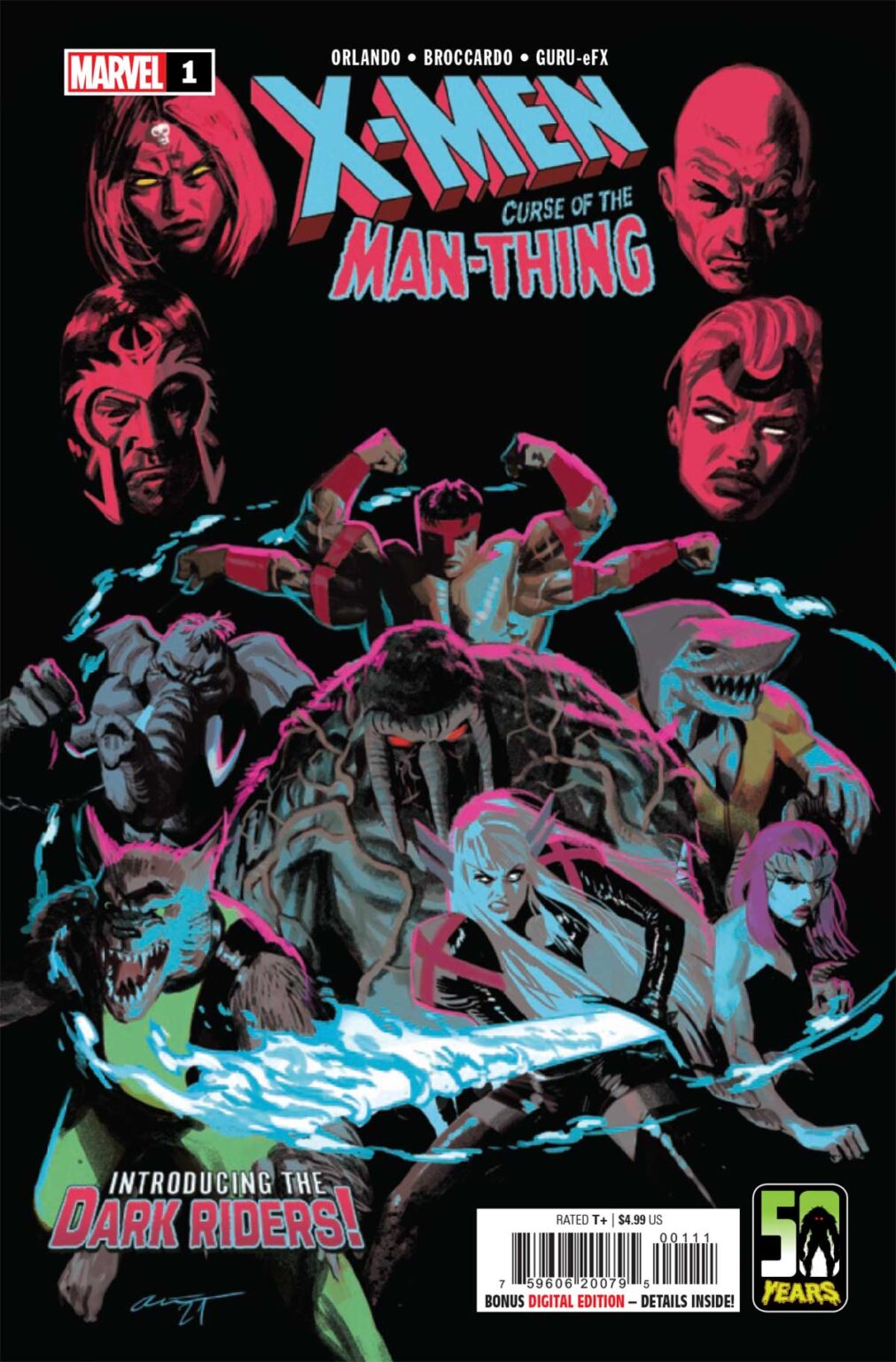 PREVIEW: X-Men: Curse of the Man-Thing #1

X-MEN: CURSE OF THE MAN-THING #1
STEVE ORLANDO (W) • Andrea Broccardo (A)
Cover by DANIEL ACUÑA
Variant COVER by NABETSE ZITRO
MAN-THING’S CURSE HAS BEEN REVEALED…BUT IT’S UNDER NEW MANAGEMENT!
Years ago, DOCTOR TED SALLIS was ready to give up anything to crack the SO-2 serum and deliver success to his growing family. Unbeknownst to the rest of the world…he did. Today, as cities spanning from the U.S. to Krakoa are besieged by fear-driven blazes, the MAN-THING must reckon with his past deeds if he hopes to emerge renewed and rescue a world on fire. But fighting from his lowest means that Man-Thing can rise to his highest, especially with the unexpected help of the X-MEN’S resident sorceress MAGIK and her debuting team of monstrous mutants known as THE DARK RIDERS!
Part 3 of 3!
40 PGS./ONE-SHOT/Rated T+ …$4.99