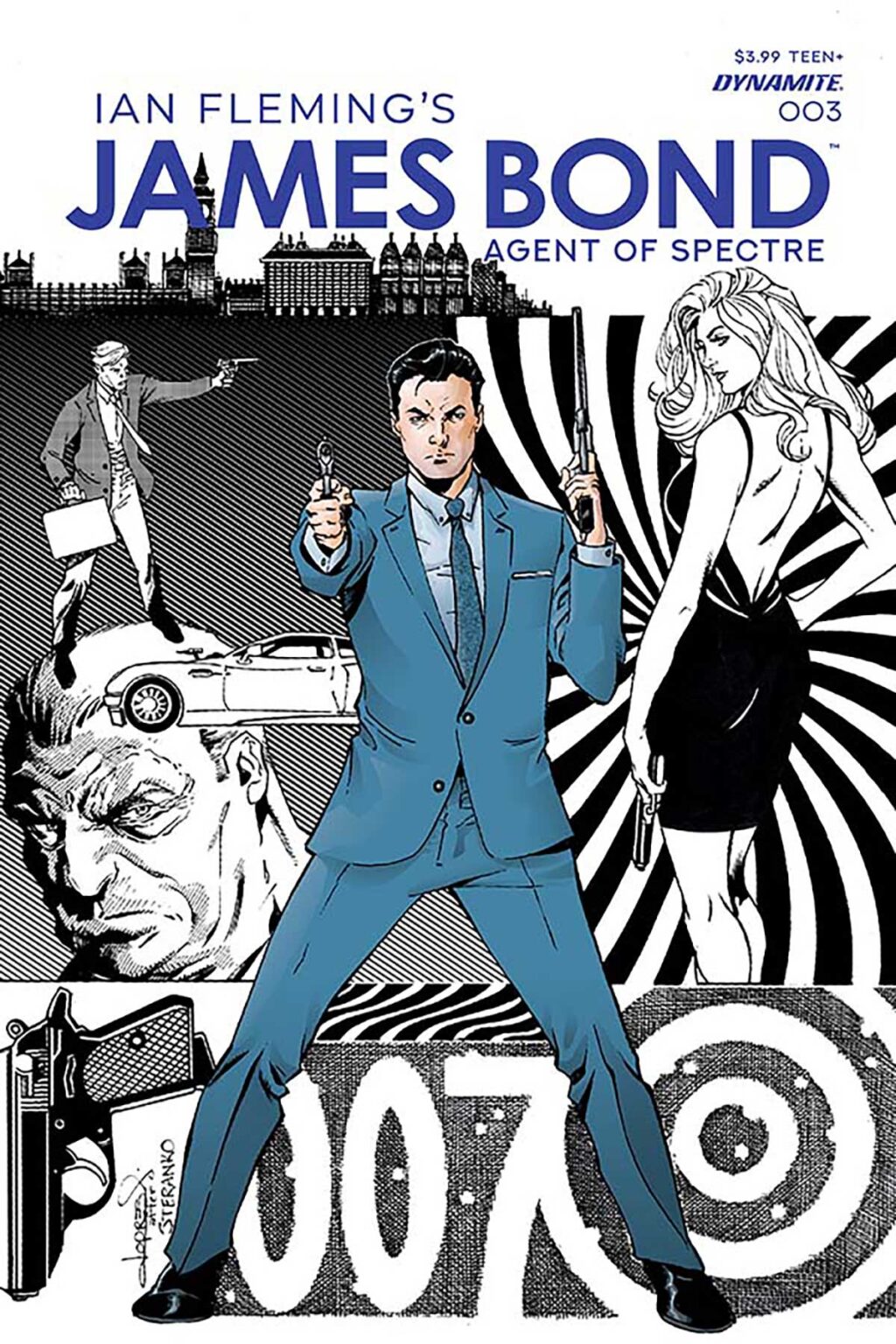 James Bond: Agent of Spectre #3
writer: Christos Gage
artist: Luca Casalanguida
covers: Aaron Lopresti (A), Aaron Lopresti (RI/Virgin), Aaron Lopresti (RI/BW), Aaron Lopresti (RI/BW Virgin)
FC | 32 pages | Action/Adventure | $3.99 | Teen+
As Bond struggles with the fallout of the previous issue’s shock ending, all bets are off. Double and triple crosses and being in bed with the enemy – sometimes literally – are the order of the day. Has Bond truly become no different than the members of SPECTRE he is now working for, or does he have a master plan that can work against impossible odds?