A new Cyberpunk 2077 title comes to comic stands! A new urban project is in the Valentinos’ gang, and they enlist three cyberpunks to handle it. Find out more in Cyberpunk 2077: You Have My Word #1 by Dark Horse Comics! 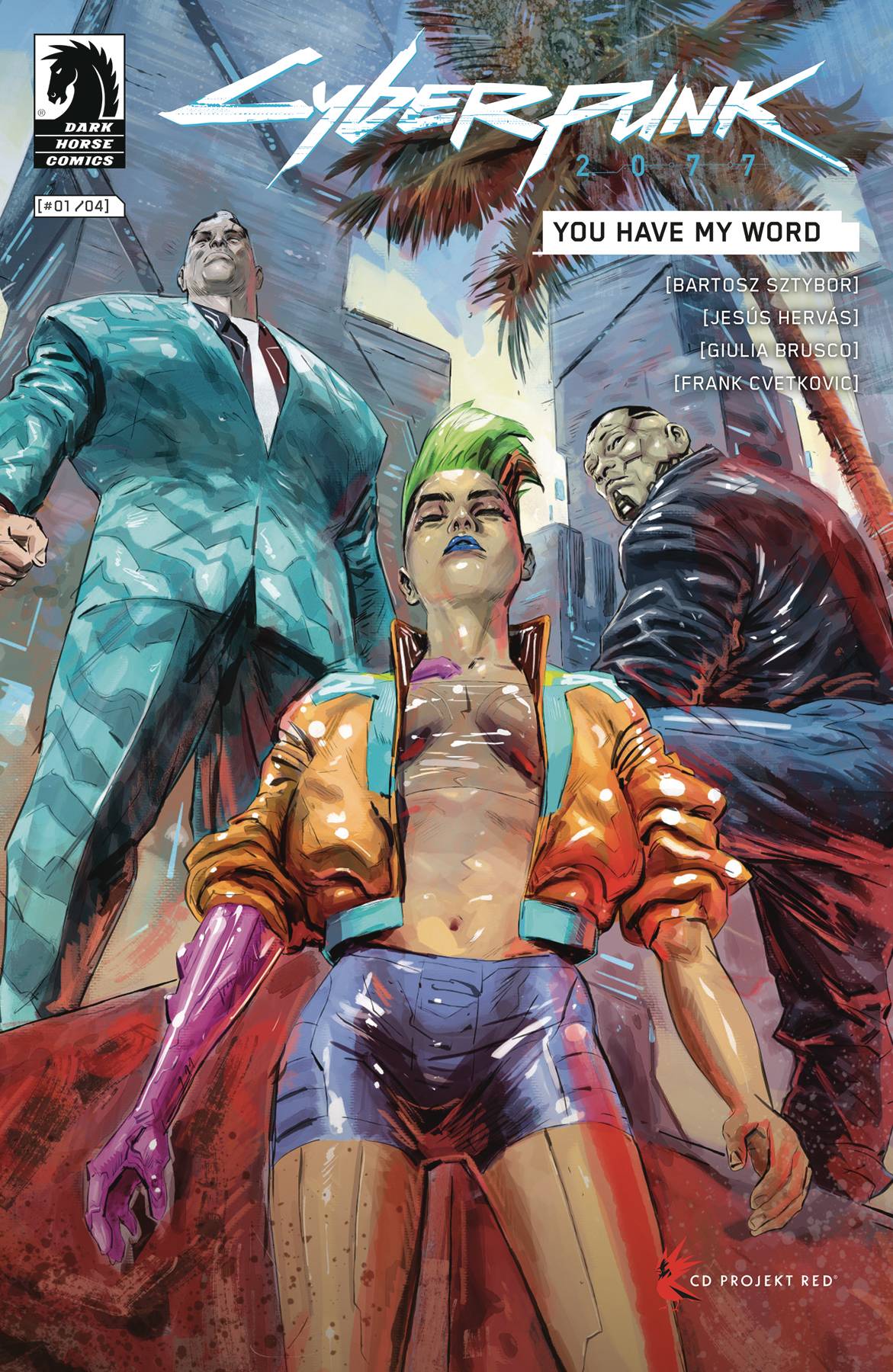 Previously in Cyberpunk 2077: Cyberpunk is a successful tabletop and video game. The game takes place in its own timeline and is based in Night City. Night City is riddled with gangs, corporate rivalries, and political strife that everyday citizens must deal with.

Oriona and her crew takes on a dangerous job. They must convince Jack Lars to go against a city project that will turn apartments into a showroom. If the government tears down the apartments, many people will have to relocate. On top of that Jack seems to be a terrible guy. He causes women to fall in love with him and then humiliates them to his friends. Oriona goes and gathers the evidence he needs to blackmail Jack and frees a humiliated victim.

Oriona returns to the desert to see her mother, Teresa, and tells her that she almost has enough money to take care her daughter. However, when Oriona returns to the city she has a gun pointed towards her. Back at Teresa’s trailer, she sees someone driving up and warns her husband and granddaughter to be safe. The visitor then reveals that Oriona has been shot.

I read this the first time and felt that it was a solid story with a decent narrative arc. The second read I found myself a little disappointed if Oriona is actually dead. We don’t get a lot of emotions from Oriona, but she was the protagonist in this issue. Does the hero turn into Teresa then? We get a good glimpse into her psyche and emotions, but we don’t know much about her. If she turns into a protagonist then this entire issue was just exposition to the story arc. Which isn’t a bad thing, but I guess I’m just not sure where the comic is going from here.

I still enjoyed this story. Seeing the tropes of the cyberpunk genre in comic book form works well. That and Dark Horse have given their creative teams the freedom to tell complex stories that are dark and gritty. The art is solid, and the themes are intense. This miniseries is certain to turn heads if it gains popularity and momentum.

This comic gave me a lot to think about because I am not sure what is coming next. I think this issue is going to be one of those moments where I read the last issue and say “Oh, that makes sense, but I didn’t see it coming.” This comic is a 4 out of 5 from me and looking forward to the next installment.

Cyberpunk 2077 is dark, gritty, and a strong story. With a solid foundation, this miniseries is certain to be a good one.