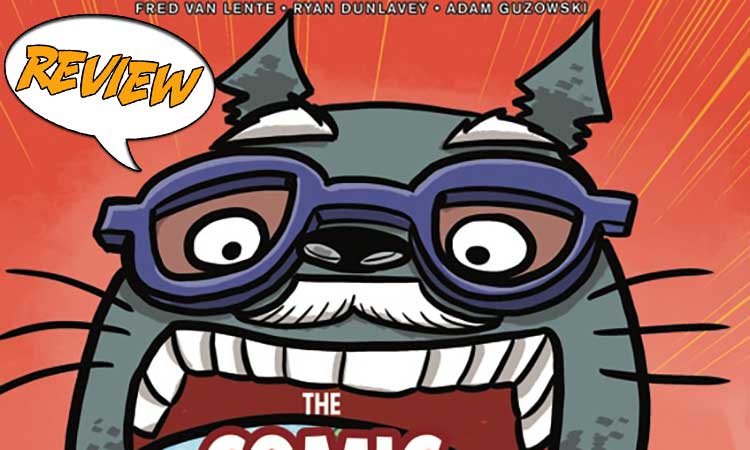 The history of animation catches up to computer graphics and the anime revolution. What fascinating facts lie behind the medium so many of us love? Find out in The Comic Book History of Animation #5 from IDW Publishing! THE COMIC BOOK HISTORY OF ANIMATION #5

Previously in The Comic Book History of Animation: We have followed the growth of animation from its start in the early days of film to the early days of shorts and the first feature length films. We have seen it morph over time and seen the industry adapt to war time, to production demands, to trying to turn a profit. In time, animation found a new home on television, bringing with it recycling of old shorts and new (faster, cheaper) productions aimed at a younger audience. Production spread around the world, and animation continued to evolve.

COMPUTER ANIMATION AND THE ANIME REVOLUTION

The Comic Book History of Animation #5 introduces us to the early days of computer animation. One of the production challenges was the sheer amount of art and people involved with hand-drawn and colored animation at several frames a second. A computer scientist, Ed Catmull, started teaching his computer to draw in 1972, taking a model of his hand and converting that into polygons. He had always wanted to make movies. He continued developing the computer tools but hadn’t yet learned the art of making a film.

He hired a former Disney animator, John Lasseter. His Computer Graphics Lab got a start with George Lucas and special effects. In 1983, the Lab changed hands, going to Steve Jobs. This is when the name Pixar was born. Lasseter’s work teaching himself 3D modeling led to Luxo Jr and the animated lamp we now associated with Pixar.

In the mid 1970’s, the anime revolution began in Japan with a generation of serious or dramatic cartoons. Some of these shows crossed the ocean and became popular in the U.S. In this backdrop, Hayao Miyazaki still wanted to make kids films. It seemed to be the wrong time for that. He returned to manga, wrote the popular Nausicaä of the Valley of the Wind, produced it in anime and had a big enough hit that he founded Studio Ghibli. Still, it was early days.

Meanwhile, Pixar worked for Disney with technology that revolutionized the way backgrounds could be handled without layering multiple cels. This was introduced in a small way in The Little Mermaid, and much more in The Lion King. Then Disney hired Pixar to do their first wholly computer-animated film – Toy Story. The film was rendered in a “farm” of a hundred and seventeen servers, with each frame taking about twenty hours to render. Around this same time, The Simpsons revolutionized the television cartoon.

With Spirited Away, Miyazaki’s popularity in the U.S. became cemented. Pixar grew bigger, was bought by Disney, but eventually absorbed the remains of the Disney cartoon studio. Animation, thanks to CGI, has become ubiquitous, blending virtually seamlessly into live action films. And through it all, stories continued to be told, using whatever tools are available at the time, but reaching us all as stories always do.

A SOLID SUPPORT FOR THE WORDS

The Comic Book History of Animation #5 continues to have lively art full of references. Now that the history has reached more recent times, I think a lot of them seem much more familiar. They’re also amusing, balancing out a history which is complicated and at times quite technical. The lettering also does some heavy lifting. There is a lot of information. This is a history, after all, and that by definition requires a lot of verbiage. The text boxes are well-balanced throughout the panels. We always have something captivating and colorful to the eyes as we absorb everything that is going on.

The ebb and flow is fascinating. Animation is not one singular thing, and it can be used in so many ways. I think a lot of that push and pull has kept the evolution lively. I like the way the art keeps the parallel timelines of Pixar and Studio Ghibli distinct so we don’t get lost keeping up with both of them.

The Comic Book History of Animation #5 takes a dynamic history and brings it up to the present, even though it’s kind of like herding cats. I am amazed and how much things have changed and how far they’ve come in a little over a century. Animation is all around us, and it will be fascinating to see where it goes next.

The Comic Book History of Animation #5

Animation – a century of innovation and evolution.