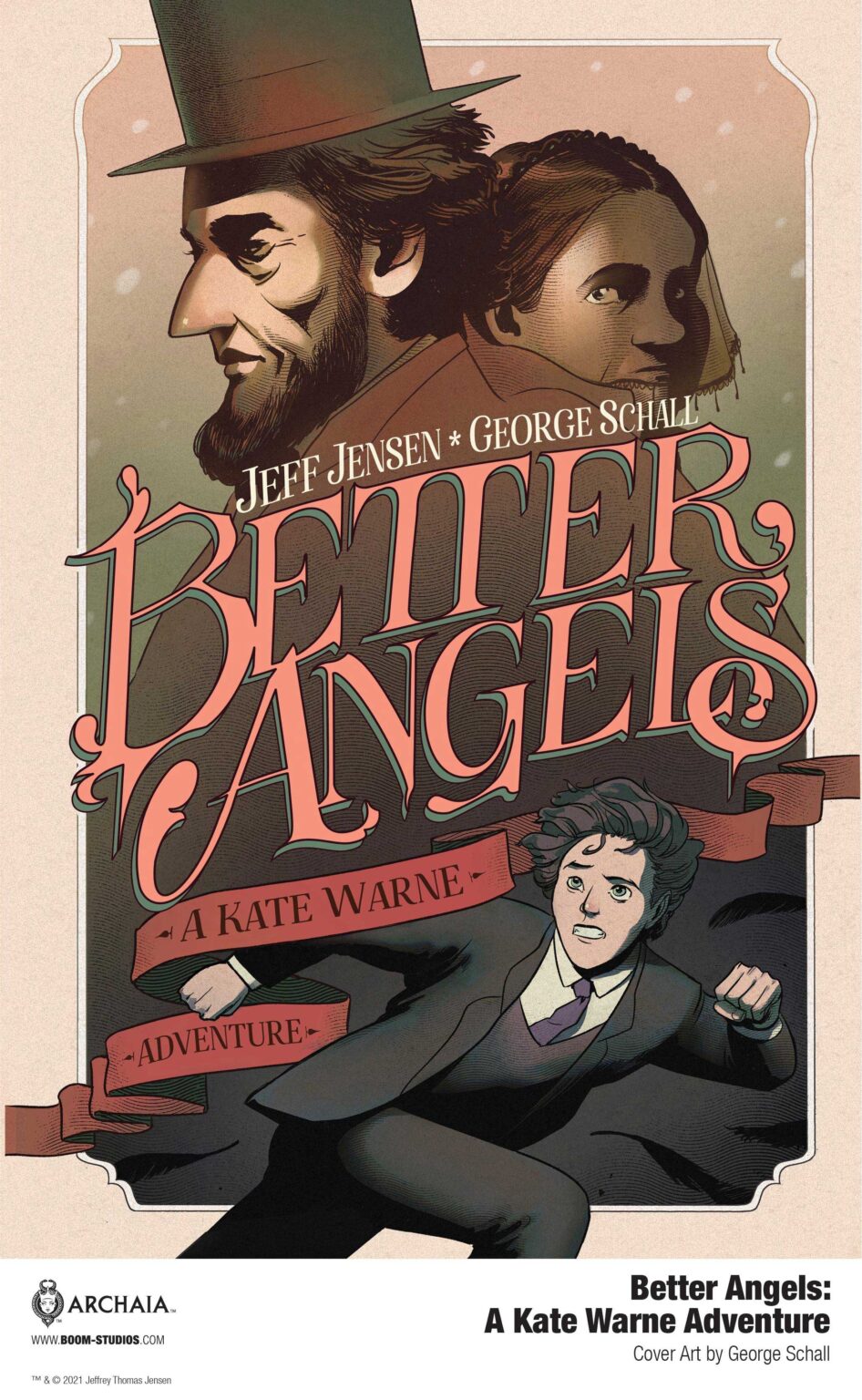 Everyone is jumping on the Kate Warne bandwagon lately. BOOM! Studios has released a first look at the graphic novel that tells the tale of Pinkerton’s female detective and how she helped foil a plot to kill Lincoln.

Better Angels: A Kate Warne Adventure is written by Jeff Jensen with art by George Schall, and is inspired by the true story of America’s first female detective. Seriously, she just walked into the Pinkerton office and demanded they give her detective status. Keep in mind Pinkerton was very keen on hiring female agents as they were often able to get information that male agents were not able to gain.  So, when it came to weeding out a conspiracy to assassinate President Lincoln, and accompany him through the train system (both in disguise), it is a fascinating story that I’m surprised hasn’t been turned into a movie.

Why do I know so much about Warne? Because I wrote about her way back in 2016.

Anyway, back to Better Angles, here is how BOOM! Studios describes the tale: