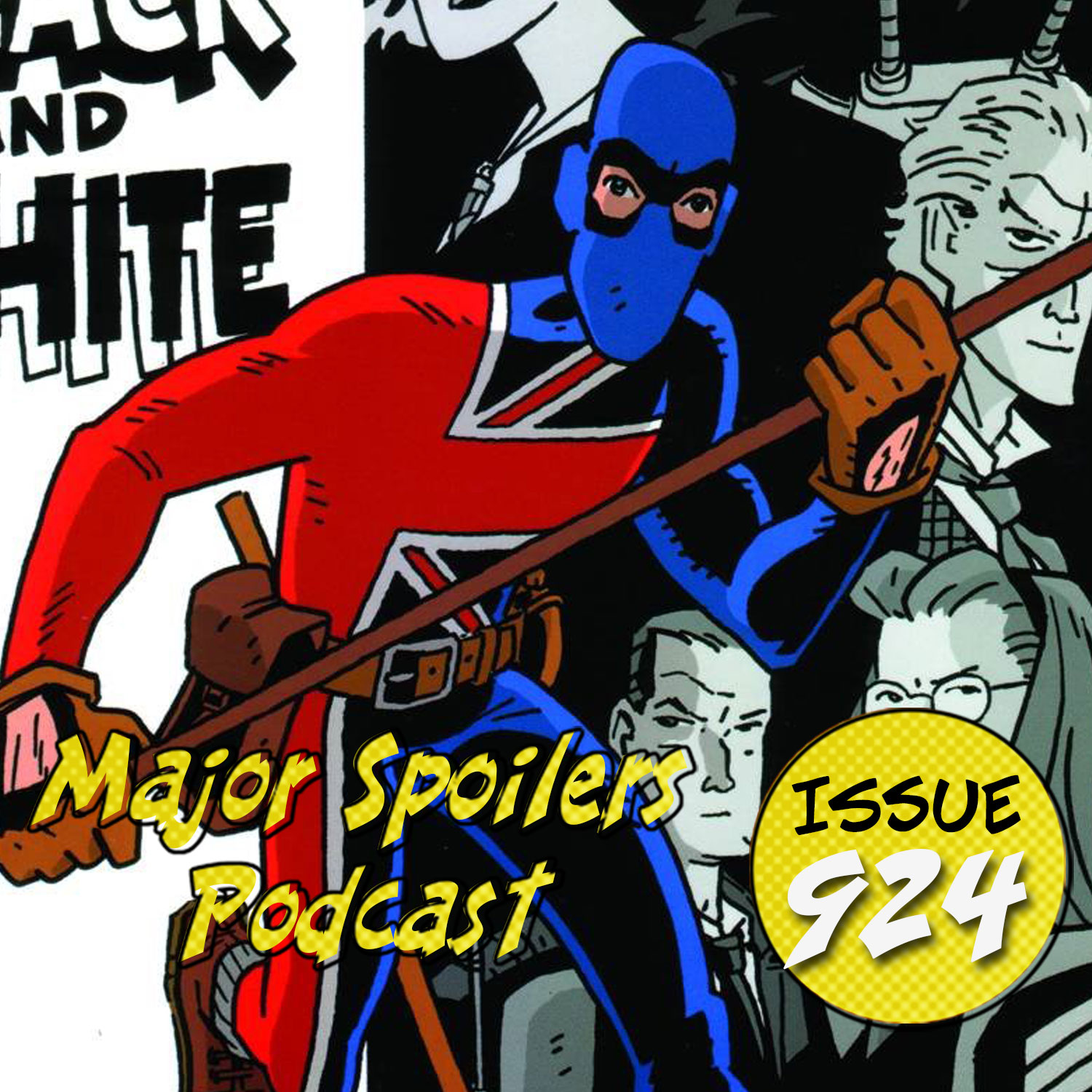 This week we go back to the “Golden Age” of British Super-Heroes as we look at volume one of Jack Staff by Paul Grist. We review The Marvels #1, Crossover #6, the new Mortal Kombat movie, and a new Hack/Slash collection. PLUS, Paper Girls news!

Looks like Captain America is taking to the sky. Marvel Studios has tapped ” The Falcon and the Winter Soldier” head writer Malcolm Spellman to write the screenplay for a new “Captain America” movie, with “FAWS” staff writer Dalan Musson.

STEPHEN
THE MARVELS #1
Writer: Kurt Busiek
Artist: Yildiray Cinar
Publisher: Marvel Comics
Cover Price: $3.99
Release Date: April 28, 2021
Kurt Busiek (MARVELS, Astro City) is back, with the biggest, wildest, most sprawling series ever to hit the Marvel Universe, telling stories that span the decades and range from cosmic adventure to intense human drama, from the street-level to the cosmic, starring literally anyone from Marvel’s very first heroes to the superstars of tomorrow. This first issue includes an invasion from orbit, a picnic in Prospect Park, super hero sightseeing in Manhattan, the All-Winners Squad in 1947, Reed Richards during his time in military intelligence, cosmic beings beyond space and time— and that’s only for starters. Featuring Captain America, Spider-Man, the Punisher, the Human Torch, Storm, the Black Cat, the Golden Age Vision, Aero, Iron Man and Thor, and introducing two brand-new characters, all beautifully drawn by Yildiray Cinar (X-MEN, Legion of Super-Heroes, IRON MAN) in the opening act of a thriller that’ll take us across the Marvel Universe…and beyond. Plus: Who (or what) is KSHOOM? It all starts here. And it goes…everywhere.

You can purchase this issue via the comiXology affiliate link comixology.sjv.io/rnQA3v

The dome has been shattered. The world is burning. Everything has come undone. DO NOT miss the SHOCKING conclusion to the blockbuster final chapter of "KIDS LOVE CHAINS!"

ASHLEY
HACK SLASH DELUXE ED VOL 1
Writer: Tim Seeley
Artist: Various
Publisher: Image Comics
Cover Price: $49.99
Release Date: April 28, 2021
At the end of every horror movie, one girl always survives... in this case, Cassie Hack not only survives, she turns the tables by hunting and destroying the horrible slashers that would do harm to the innocent! Alongside the gentle giant known as Vlad, the two cut a bloody path through those who deserve to be put down... hard!

Fans have asked for YEARS, and we're finally delivering a fancy oversized hardcover edition, with a new cover, and a never before seen nine-page story written and drawn by series creator Tim Seeley!

JACK STAFF VOLUME 1: Everything Used To Be Black And White
Writer/Artist: Paul Grist
Publisher: Image Comics
Cover Price: $19.99
Jack Staff is Britain's Greatest Hero, or at least he used to be. Twenty years ago he disappeared, and everyone just forgot about him. Except for Becky Burdock, Girl Reporter for The World's Press. She's investigating a series of murders in Castletown, but finds a lot more than she expected, including a long forgotten super-hero and a secret that's been hidden for over sixty years.
CLOSE
Contact us at podcast@majorspoilers.com