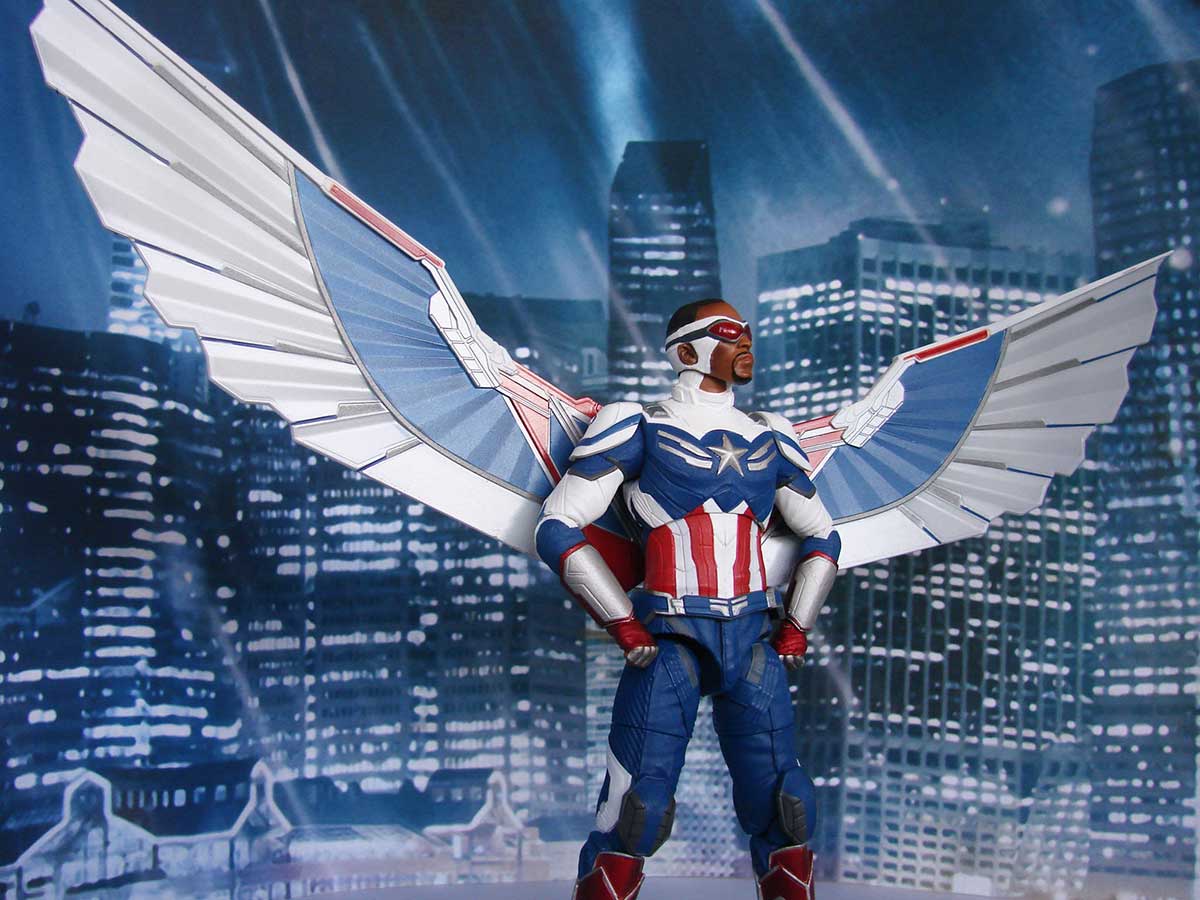 Diamond Select Toys has announced that fans of Falcon and the Winter Soldier television series on Disney+ can now find characters from the show at ShopDisney.

Sam Wilson, a.k.a. the Falcon, steps into his all-new Captain America uniform at the end of the series, and now that look is a Marvel Select! Capturing the comic-inspired red, white and blue outfit, this 7-inch figure includes detachable wings, a shield, a Redwing drone, and six interchangeable hands. It also features 16 points of articulation!

The Winter Soldier has a rich comic-book history, and now his comic-based 7-inch figure makes a heroic return to the Disney Store! Featuring an all-new paint scheme inspired by the Disney+ TV show, Bucky sports 16 points of articulation and an array of weapons, including a pistol, machine gun and sniper rifle. Plus, he comes with a diorama environment of a sniper’s perch, including a removable Hydra crate!

Find out more at shopdisney.com