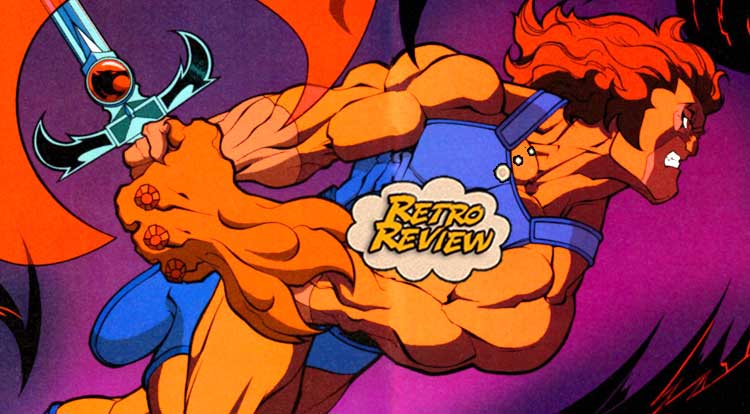 Previously in ThunderCats:  Full disclosure: Though I’m a child of the 1980s and a student of cartoons and comic books, I have never in my life seen an entire episode of any incarnation of the ThunderCats.  For some reason, they eluded me in 1985, though I watched ‘G.I. Joe’, ‘The Transformer’s, ‘C.O.P.S.’ and even ‘Jayce and the Wheeled Warriors’ at various times.  I chalk it up to the vagaries of old-school syndication.  The 2011 reboot was eclipsed by the likes of Gokaiger, while the latest incarnation felt a little too much like ‘Teen Titans: Go’, a show that I’m not always in sync with.  Now, dear friends, you can come with me as I rectify this matter, Wildstorm style! Having defeated the evil of Mumm-Ra and then Pyron, Lion-O successfully used the Key of Omens to finally restore his world and defeat Mumm-Ra once and for all.  (This took place in the last episode of the original cartoon which I’ve finally gotten to see in today’s streaming wonderworld.)  Having finally done everything he needed to, Lion-O instructed his right-hand kitties to send out a beacon to their people.  Unfortunately, the Dark Forces of the Shadow Realm have other ideas about his new utopia. I have read a lot of comics in my day, but it’s seldom that I get to read one so incredibly over-colored.  Every panel of every page is teeming with bright purples and greens and visual effects that are somehow more dated than the original ’80s cartoon.  It’s a phenomenally garish issue of comics, and Ed McGuinness (whose work I normally like, especially his run on ‘Batman/Superman’) isn’t in his usual form here.  There’s something oddly flat about his work here, as though he wants to adhere to the simple animation of the cartoon, but is leaves things looking oddly static, even when the team leaps into action. Shadowmaster confronts Cheetara first, then engages the entire ThunderCats squad, but his shadow-creatures threaten to overwhelm the ‘Cats.  The ThunderKittens manage to even the odds with a few flash-bombs, but it’s the enhanced senses of Lynx-O that saves the day, as he realizes that Shadowmaster is actually INSIDE one of his creatures.  That’s when the Sword of Omens comes into play! As our heroes stand triumphant, the forces of darkness realize that they can’t get by on half-measures, causing the unseen forces to pool their powers and raise their TRUE dark champion. Mumm-Ra walks once more, and in-universe, that means he was only gone for about forty-five minutes or so.  Still, nearly 20 years have passed in the real world, so I can forgive the need to bring back the iconic villain.  What I’m not sure about is why it all feels so rote and uninteresting.  Later issues of this comic would jump the continuity five years forward in a bold switch-up, giving us a sexy teenage Wilykit and other unnecessary “adult” barnacles on the cartoon’s continuity, so I was surprised to find this such a traditional “episode.”  All in all, ThunderCats #1 is a disappointing experience on nearly all levels, combining flat art, garish coloring and a story that takes few chances into an experience that feels like a lackluster lost episode, earning a disappointing 1.5 out of 5 stars overall.

It's never easy to combine the simple plots of '80s cartoons with a modern sensibility, but it's a bummer when they don't even try. The art is pretty okay, but otherwise, this is just for the hardcore fan-cat-ics.