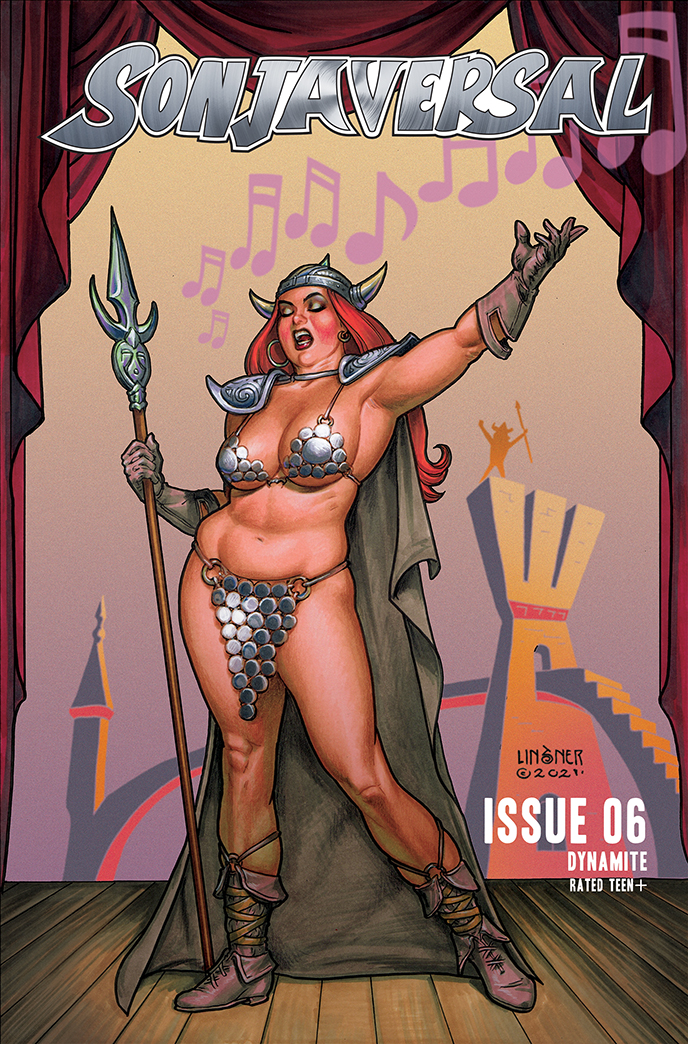 Sonjaversal appears to be a big hit, and Dynamite Entertainment is giving fans more of the series with another story arc.

Sonjaversal #6 is written by Christopher Hastings with art by Pasquale Qualano.

With the opening story blasting open the metaphorical toy chest and introducing an endless expanse of Sonja’s battling for the fate of the universe, now the team will drill down and focus on select Sonja’s in a more episodic format.

Making her moody debut in this issue is Noir Sonja! She’s on the trail of someone making a huge splash in the criminal underworld – only problem is that they’re dead. Actually, she has more problems, as a whole new onslaught of alternate Sonja’s throw off her investigation.