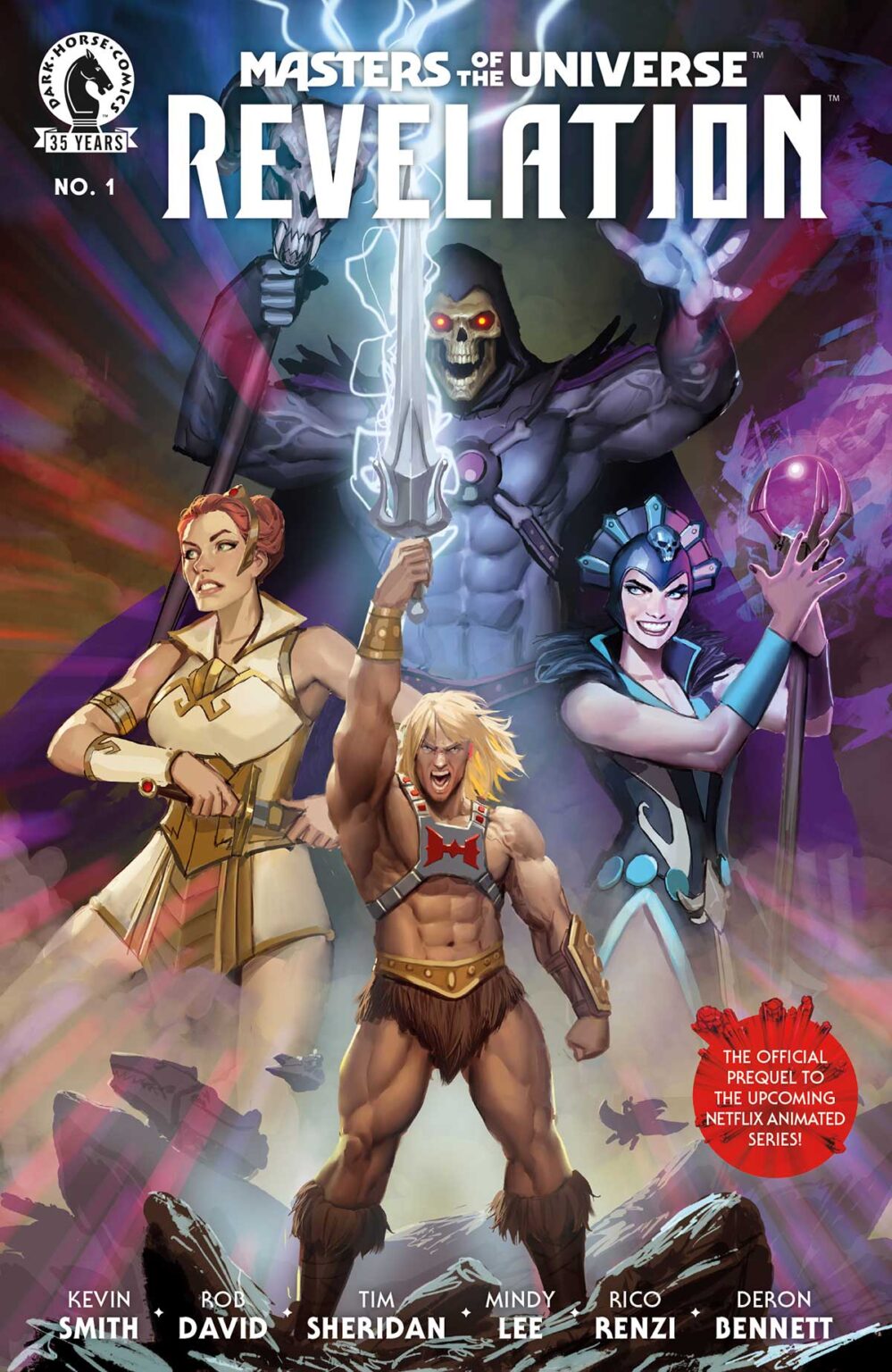 Dark Horse Comics and Mattel have teamed for the release of Masters of the Universe: Revelation that serves as the prequel to the upcoming series at Netflix.

In the comic book, following a vicious Orlax attack on his father King Randor, He-Man learns the creature is linked to the origin of the sword of power. To save Randor and put an end to the chaos, He-Man embarks on an epic journey that pits him against his longtime foes Skeletor and Evil-Lyn, and sees Teela take the reins of a powerful legacy.

The story for this four-issue mini-series comes from Kevin Smith, the executive producer of the animated series, and Rob David, who also served as the creative director and a writer of DC Comics’ Masters of the Universe releases from 2012 – 2020. Joining the duo is the show writer Tim Sheridan. Mindy Lee has been tapped as the series artist.

Masters of the Universe: Revelation arrives on July 7, 2021.