IDW Publishing has released a first look at the upcoming Bermuda from John Layman and Nick Bradshaw.

There’s a region in the Atlantic Ocean where planes disappear, ships are lost, and souls go missing… never to be heard from again. And there’s an island within this place, mysterious and uncharted, untouched by time and civilization, where all who are lost end up — human or otherwise! On this wondrous jungle island lives a scrappy 16-year-old girl named Bermuda, fighting to survive against dinosaurs, pirates, and otherworldly threats. But when a weird new kid washes ashore, she may face the biggest challenge of her life: a perilous rescue mission that just might be the death of her!

“Probably the single upside to the past year has been that Bermuda got some extra time, and it shows on every panel on every page. This is a gorgeous book, just staggeringly beautiful, and it’s been a thrill to see the pages roll in. It’s certainly one of the most stunning comics I’ve ever been a part of — and it’s a whole lot of fun too!” said Layman in a press release from IDW Publishing. 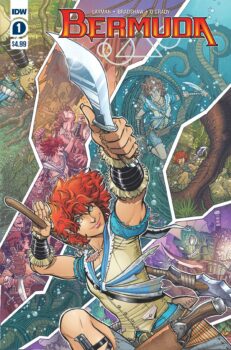 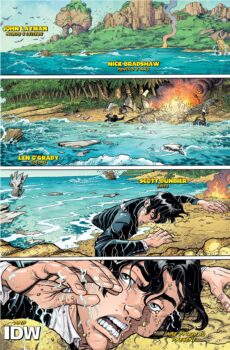 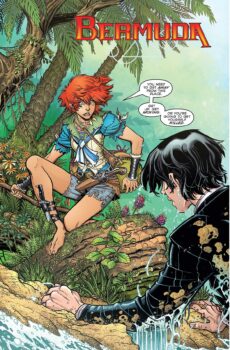 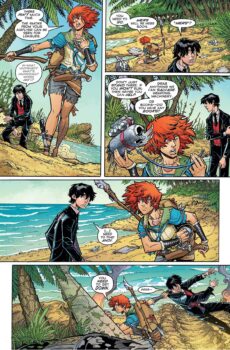 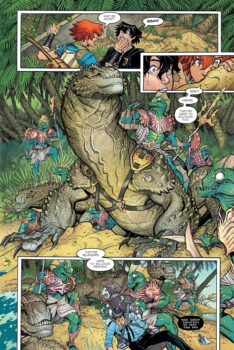