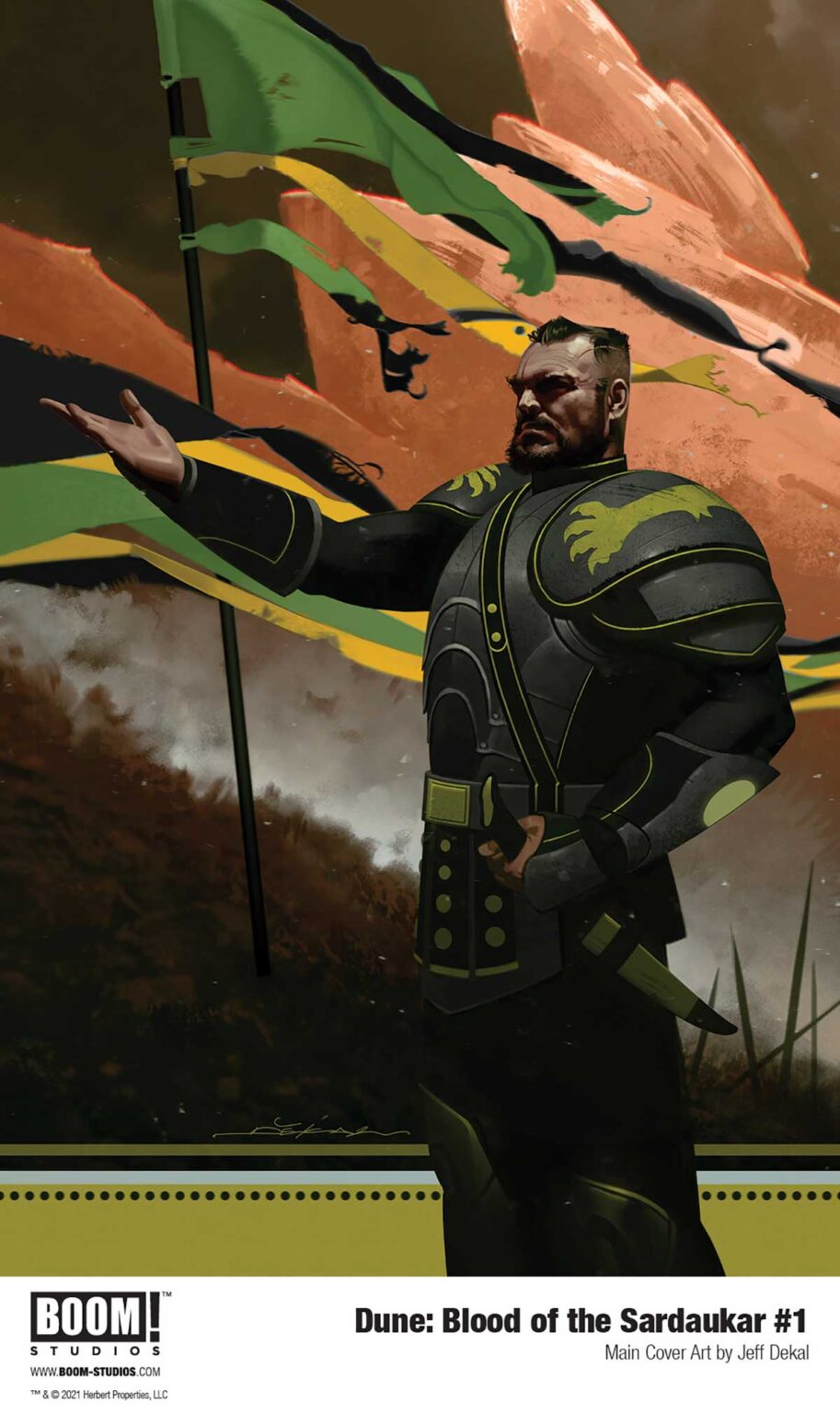 BOOM! Studios is expanding the world of Frank Herbert’s Dune series with Dune: Blood of the Sardaukar from Brian Herbert, Kevin J. Anderson, and Adam Gorham.

When the choice is vengeance or honor, which lies at the heart of a Sardaukar? Jopati Kolona is one of the Sardaukar: the emperor’s elite military unit. The Sardaukar are unbeatable, unbending in their devotion to the emperor, and feared throughout the galaxy. When Jopati meets Duke Leto of House Atreides, the house he believes responsible for the destruction of his home planet and family, he will be forced to question a life-long hatred. Tasked with overthrowing the Atreides stronghold on Dune for his master, Jopati will be forced to choose between duty and forgiveness.

“When we wrote this story, a standalone tale set during the events of the original DUNE, we were excited for this first opportunity ever to delve into the history and traditions of this mysterious force of warriors, showing it through the eyes of one particular Sardaukar.” said Brian Herbert in a press release from BOOM! Studios.

“We very much enjoyed being able to flesh out the background of the Sardaukar, and this character became a prominent force in our new Caladan trilogy,” said Kevin J. Anderson in the same release. “The comic adaptation shows DUNE fans places they have never seen in Frank Herbert’s universe.”

Dune: Blood of the Sardaukar #1 is scheduled to arrive in July 2021.