What if Spider-Man never shed his symbiote? What if Peter Parker became Venom? Marvel Comics revives their What If series with Spider-Man: Spider’s Shadow #1 (of 4)! 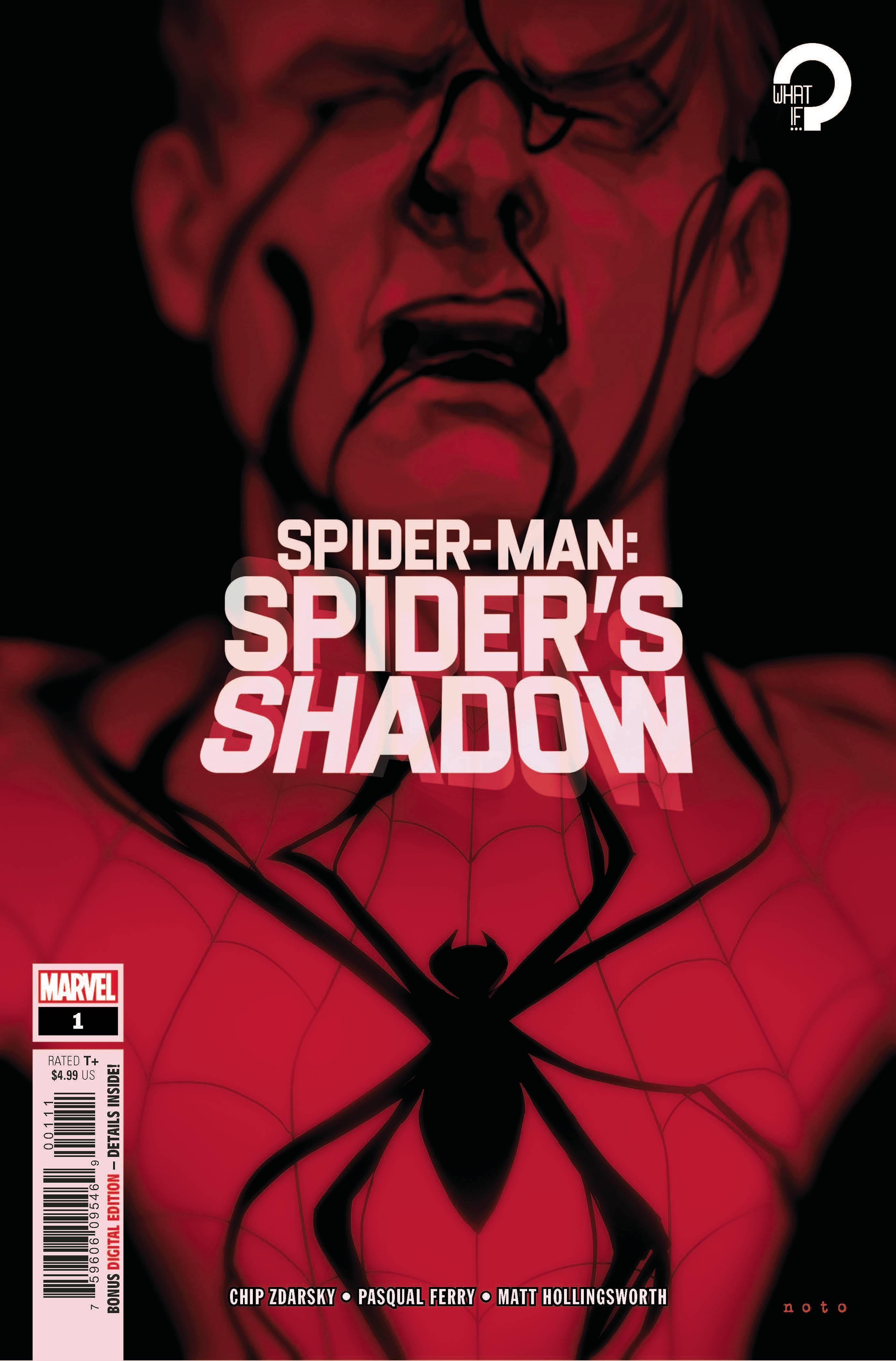 Previously in Spider-Man: Peter Parker once found an alien symbiote that he wore as a black superhero suit. This symbiote changed his personality for the worst. Despite the power the symbiote gave him, he was able to rid himself of the creature and it instead attached to Eddie Brock who became Venom. However, what happens if Spider-Man chose to keep the symbiote rather than shed it?

A BATTLE OF WILL

Peter Parker is having nightmares and instead of sleeping, he spends his nights going on patrol. His personality is also changing, and he is becoming more aggressive towards the criminals he starts. During his patrol, he is attacked by Roderick Kingsley’s Hobgoblin and Peter Parker almost kills him. He stops himself and lets Hobgoblin go free. After a brief meeting with Black Cat, he stops by Reed Richard’s laboratory and lets him run a few tests on his suit. Reed informs Peter that the suit is in-fact a symbiote and that he should take it off. Peter storms off, saying that the symbiote deserves a chance to live.

Peter Parker decides to visit Aunt May who has cut him off after he quit school. Sadly, he is followed by the Hobgoblin and as Aunt May and Peter begin to reconcile, the Hobgoblin attacks! Peter begins to fight him, but Aunt May’s house is set on fire. When he tries to save Aunt May, the suit prevents him because of its weakness to fire. Instead, Peter gets angry and takes his anger out on the Hobgoblin, killing him.

I love theory crafting situations like these in my stories and so the What If series was always up my alley. I also happen to like Symbiote Spider-Man quite a bit because it represents what a temptation of power could be like. Which is such an engaging theme to read on paper, especially when you place it with your friendly, neighborhood Spider-Man. That and Symbiote Spider-Man is very vivid on the page. It stands out and immediately grabs your attention and that attention is kept when you realize how brutal Peter Parker is. I really want to see more of this story, and I want to see how far the creative team will go with Spider-Man. Peter Parker has already become a killer, but will he go even further? I don’t know but I’m excited to find out.

I really enjoyed the artwork and story. The fact that we don’t have to worry about continuity means that anything could happen. That is thrilling to me, and it is selling me on this series. Spider-Man: Spider’s Shadow #1 earns 4 out of 5 stars for this one and I’m looking forward to seeing what the creative team produces.

This What If miniseries shows us how brutal Spider-Man can be if he kept the Venom symbiote!