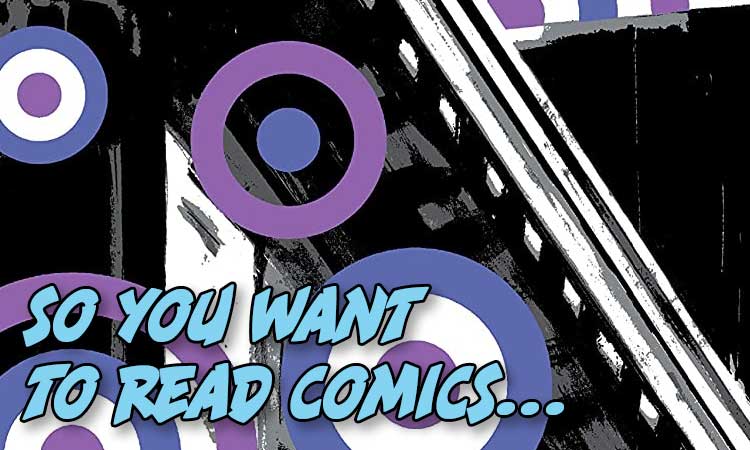 So You Want to Read Comics: Deconstructions Edition

it’s time for “So You Want To Read Comics”, our weekly feature where we take a single topic and then give a pair of recommendations for new comic book readers, based on that topic.  This week, we’re taking a look at “deconstructions”.

As of writing this there are a couple of shows that have become not only popular and trendy, but both also happen to be comic book adaptations: The Boys and Invincible. The other thing these two have in common is that they’re both deconstructions.  In pop culture a deconstruction is a story or property that is built up on common tropes and familiar clichés but then subverts the expectations of those tropes and clichés in order to reveal the problems with those types of stories.

For example The Boys features a team of super powerful heroes a la The Justice League, the problem is that everyone on this team are deviant corporate shills and the stories surrounding them act as warnings about hero worship and idolization, that’s the deconstruction.   (As a weird side-effect, the deconstruction has become so popular that it itself has become a trope that has been deconstructed.)

So here are a couple of comic book deconstructions (that are not Invincible or The Boys) that surprisingly work well for new readers.

You can purchase this series via the comiXology affiliate link

There’s been an unfortunate result that has come with the rise of deconstructionist media and that is the belief that a deconstruction has to be bleak, violent, and unflinchingly gruesome. Sometimes though all you really need is a slightly different view and an unexpected setting.  That’s what you get with Hawkeye.  This series shows Clint Barton moving into an apartment building trying to take a break from being An Avenger and recoup. Of course things don’t go this way and he ends up wrapped up in a whole big evil scheme.  The deconstruction comes from what Clint gets up to between adventures.  Rather than living some deviant lifestyle that tarnishes his image as a hero, he has a pretty mundane existence.  His time is spent having BBQs with his neighbors, dealing with hero insurance companies, taking care of a dog.  And that’s not even mentioning what this series does with the medium on a more meta level by featuring usage of sign language, a completely silent issue from the perspective of a dog, and the various other techniques that subtly break the 4th wall. You can purchase this series via the comiXology affiliate link

One of the strangest things about comics, especially long running ones, is how they handle the passage of time.  It’s often never mentioned, yet the real world continues on, trends change, tastes evolve.  It’s how in 1966 you have a character like Batman cracking jokes and using puns but then in 2016 you have a Batman who’s branding people.  That disconnect is what’s under examination here in The Wrong Earth.  This series is about Dragonflyman, a hero from an idyllic world where the worst crime is when someone replaces all the paintings at the museum with paintings of themselves. Except Dragonflyman accidentally swaps places with his counterpart The Dragonfly, who comes from a gritty world where the cops are corrupt and the villains won’t hesitate to butcher people.  Throughout this humorous series we get an examination of what we as the reader believes a hero should be and what they should represent as well as a bit of a spotlight on some of the sillier aspects of the comic book genre.  What makes this such an effective deconstruction of comic books and superhero entertainment is that both worlds in this series is treated with the same level of sincerity which makes both feel kind of ridiculous in their own way and while fans will argue until their blue in the face about what era is best, who directed the better movie, or which costume variation looks best, at the end of the day they’re all about people in tights punching each other.

So what do you think of these recommendations?  Do you have suggestions of your own?  Let us know in the comments section below.