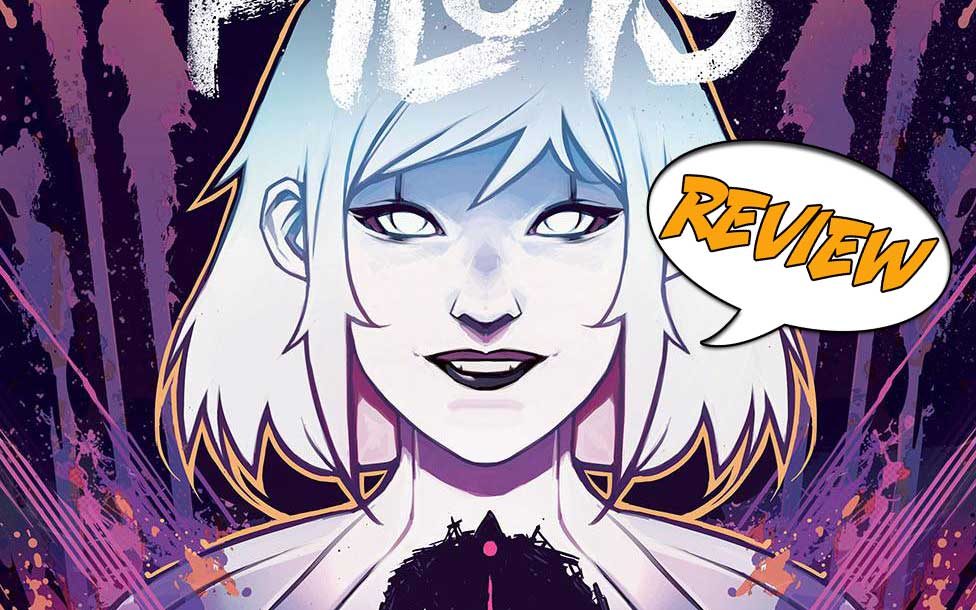 Ami and the Old James House come to a sort of agreement, but does the House have problems that extend beyond its own missing ghosts? Find out in Home Sick Pilots #5 from Image Comics!

Previously in Home Sick Pilots: We are introduced to a group of well-equipped people who know about ghosts and seem to want to find them. Ami has a fight with a powerful videotape ghost, and the Old James House gives Buzz the lucky horseshoe powers and sends him across town to help her. When he saves Ami, she thinks he is the House ghost until he reveals himself. He tells her he has been looking for her every day, and she realizes that the House has not been completely honest with her. She feels more conflicted when he tells her that their rival band, the Nuclear Bastards, are dead. The actual House ghost appears, followed by the mysterious people from the start of the issue arrive, demanding the ghosts.

FINDING A REASON TO LIVE

As Home Sick Pilots #5 opens, Ami is back in the House trying to find her way out. The House made its connection with her in part because they were both alone. Now that Ami knows she has friends, she has a renewed desire to escape.

Rip, meanwhile, continues to deaden his emotions by getting wasted down by where all the punks hang out. He sees a small crowd has gathered. There was a girl walking down the underpass, and she collapsed. Even in his state, he recognizes her as Meg, the girl who is part of the Nuclear Bastards. She is completely covered in blood, and she tells Rip that she saw Ami in the House and heard her through the walls talking to the House, helping it. The cops arrive, and Rip insists that they run off.

Then a guy in a van calls them over and asks if they need a lift. He’s wearing some sort of tactical armor and has a screen over his chest. They get into the van and Buzz is there, tied up and unconscious. Rip shortly passes out, and Meg asks who these people are. They say they are “kinda” with the government. Meg is apparently the girl they have been looking for and the mysterious person who lurks behind the glass of the monitors steps out to look at her – and it is the videotape ghost. The young man doing most of the talking explains that they are looking for the Old James House and its dangerous ghosts. Meg is more than happy to direct them there.

Inside the House, it keeps creating corridors as Ami continues to try to get out. She tries a different tactic, talking to the House, talking to each of the ghosts within it, asking if they can work with her. And just in time. The van arrives and lets loose the videotape ghost, TFT. Ami gains control of the House ghosts and can tell them how to shift the walls around to form a body and limbs. Remember issue #1 with the house rampaging down the street in humanoid form? We have come back around to that point.

TFT comes after Ami, and they fight a surreal battle. The van crashes conveniently near them. Ami sees Buzz and Rip and urges them to come inside. Then she sees Meg, who is afraid the House will never let her go. Ami insists that TFT and the guys in the van are the bad guys. Meg insists it is the House who is dangerous. Only Buzz goes with Ami. The battle continues with the House and TFT reaching the amusement park on the beach. Once there, Ami urges Buzz to get out. She is determined to take out TFT, even if it means taking out the House.

If there is any issue I have with the book, it is that over five issues, the story has taken several hard turns. It keeps us guessing, but with the people who are “kinda” from the government I felt blindsided. Was I supposed to know that they were out there? Did I miss something? And even though we do finally get a sense of why people are looking for ghosts, and overall sense of why anything was happening felt hidden, as though the Old James House was obfuscating things.

The art of Home Sick Pilots #5 has plenty of surreal moments. I like the scenes from inside the Old James House while the House is actively changing things and trying to confuse Ami. I get the impression that the struggle is half physical and half inside her mind. And if pink is Ami’s color, Meg’s color is red. She is literally entirely red, body, hair, and clothes. Through the rest of the issue, occasional patches of white skin show through. If this is blood, it doesn’t quite behave as blood normally would, such as staying a liquid after all these days.

And then there is the ongoing fight between the House and TFT as they move through town and down to the beach. With all the ghosts working with her, as well as the House, it is as though Ami has battle armor comprised of an entire three-story house. TFT is made up of all the tangled videotape she could possibly want. Their fight is a techno-kaiju slug-a-thon for the ages made all the more mysterious because, while we know TFT wants ghosts, we still don’t entirely know why.

Home Sick Pilots #5 is not quite like any other ghost story I’ve ever read. There are moments I have been frustrated with trying to figure out whether additional young people in the story have appeared before or not. But the atmosphere is great and there is some wonderful character development throughout.

Ami tries to make peace with the Old James House, but she learns she cannot leave.