Titan Comics has announced the May release of Arsenal FC: The Game We Love, and officially licensed graphic novel that bring the club’s history to life in a story of family dynamics.

This unique graphic novel explores football’s power to unite, as new stepfather Andy takes his stepson Nathan to his first football match and shares with him the club’s history, including the “The Invincibles” season of 2003/04, the record-breaking FA Cup win in 2017, and the construction of Emirates Stadium.

The graphic novel is the creation of Philippe Glogowski who is behind both the script and dynamic artwork. He captures some of Arsenal’s greatest matches, the excitement of match days, and the emotions of being a lifelong football supporter. 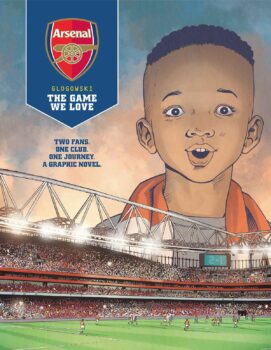 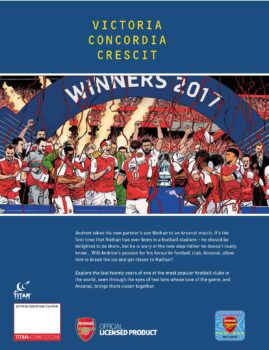 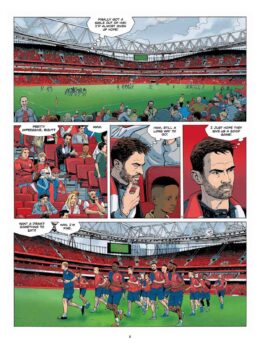 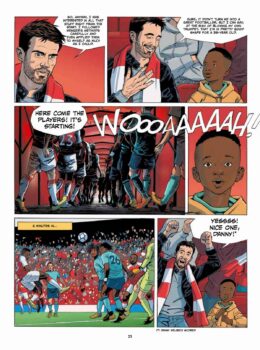 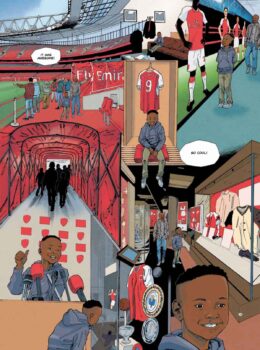 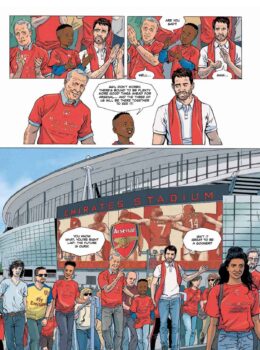