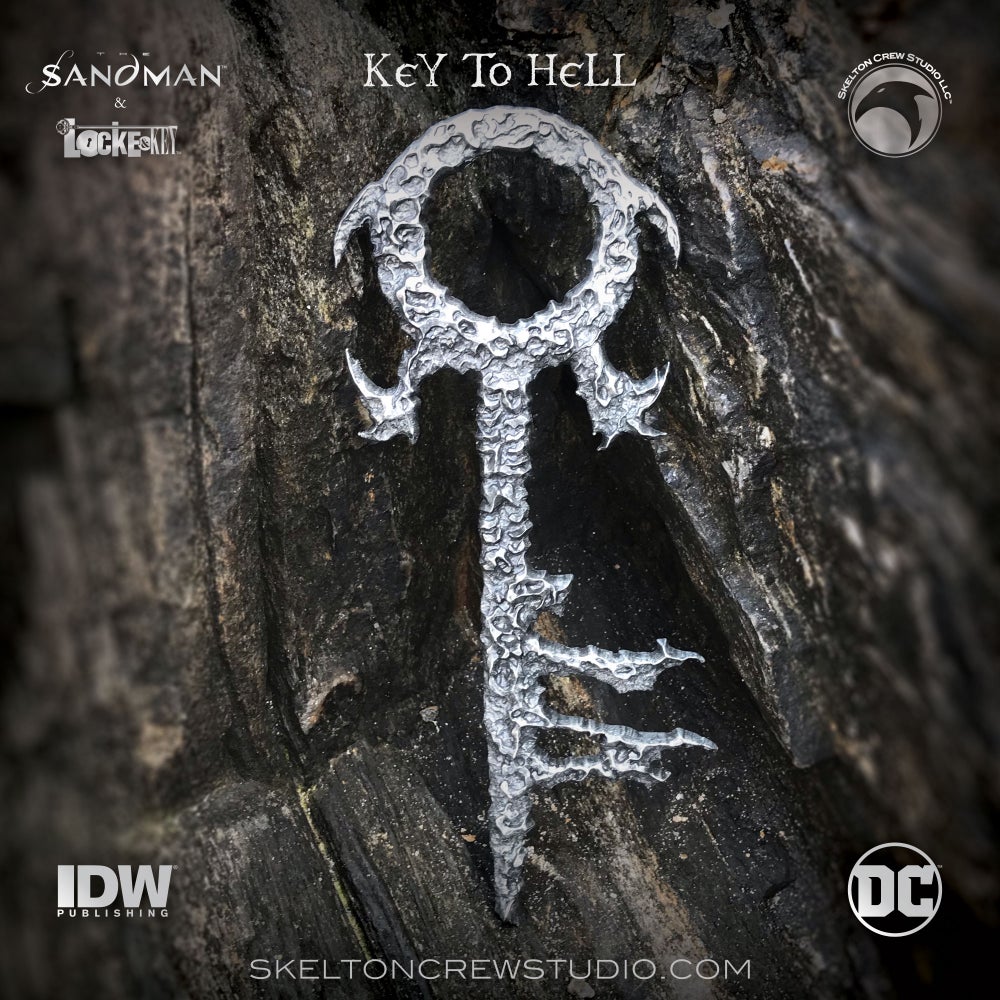 The Locke and Key/Sandman Universe Hell and Gone series kicks off today, and Skelton Crew Studio has announced its latest replica key – The Key to Hell! The Key to Hell is straight out of the pages of Joe Hill and Gabriel Rodriguez’s “Locke & Key”/”Sandman” crossover, “Hell & Gone,” published by IDW in collaboration with DC Comics. This officially licensed replica measures approx. 10-inches long.

Cast in antique pewter-plated solid metal, packed in a custom window box, it weighs almost one pound of awesome.

The Key to Hell does come with a hefty price tag though. If you pre-order now, you’ll be able to get the Key to Hell for $100, but after shipping begins in July and August, the price will jump to $139.