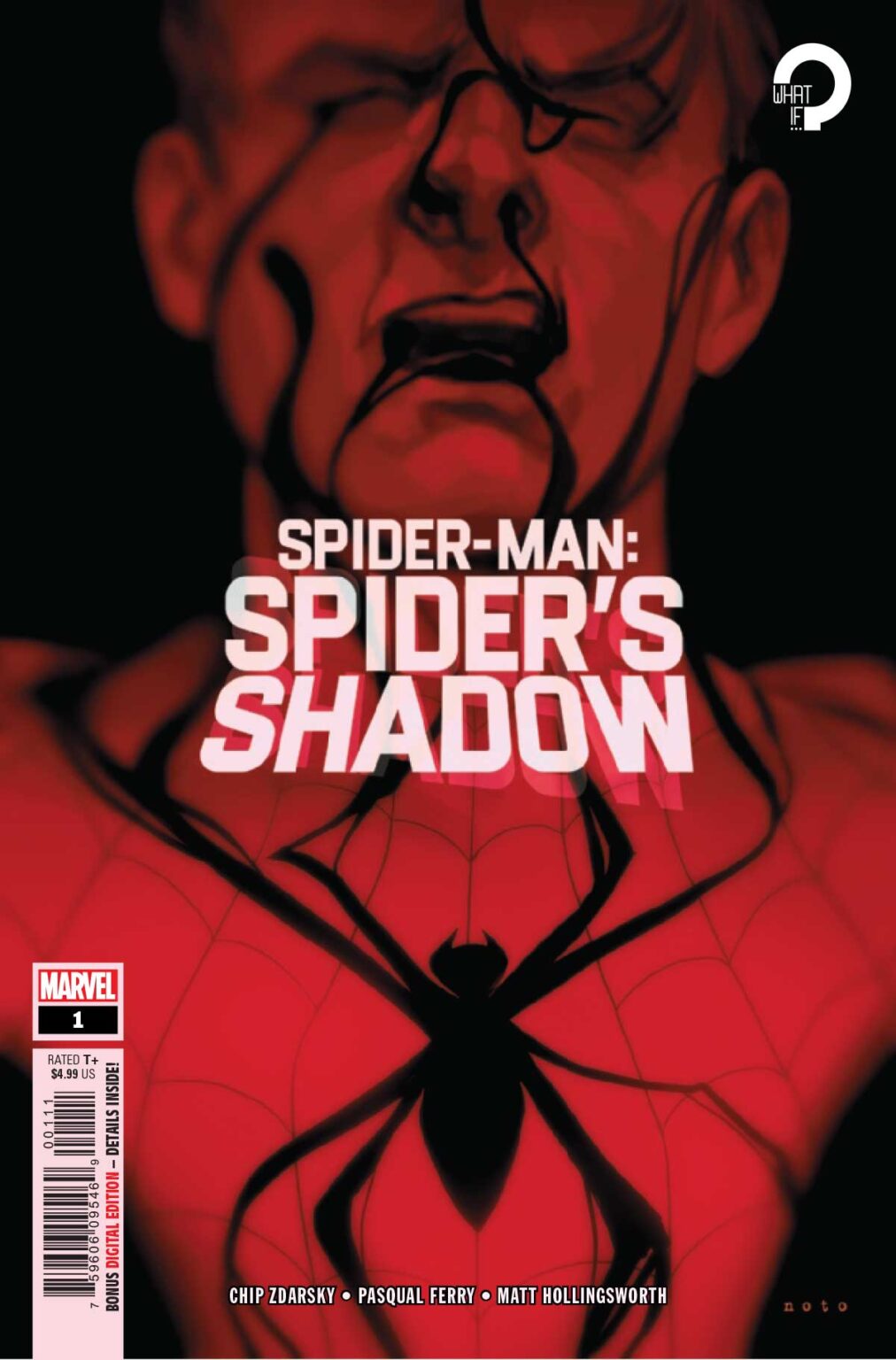 SPIDER-MAN: SPIDER’S SHADOW #1 (of 4)
CHIP ZDARSKY (W) • PASQUAL FERRY (A) • Cover by PHIL NOTO
Variant cover by PASQUAL FERRY
Variant cover by CHIP ZDARSKY
VARIANT COVER BY RON LIM
WHAT IF PETER PARKER BECAME VENOM?
Peter Parker once put on an alien suit that nearly destroyed his life – but what if he’d never taken it off? Ignoring every warning, Spidey embraces the dark symbiote! Haunted by terrible nightmares and exhausted by an endless barrage of bad guys, Peter can’t seem to catch a break these days. So when the Hobgoblin attacks, he finds a hero at the end of his rope…and vulnerable to new dark impulses. Spider-Man is about to change his rules – but is it truly Peter who is in charge? Creative powerhouses Chip Zdarsky, Pasqual Ferry and Matt Hollingsworth bring you a terrifying tale of a Peter Parker possessed and on the edge!
40 PGS./Rated T+ …$4.99