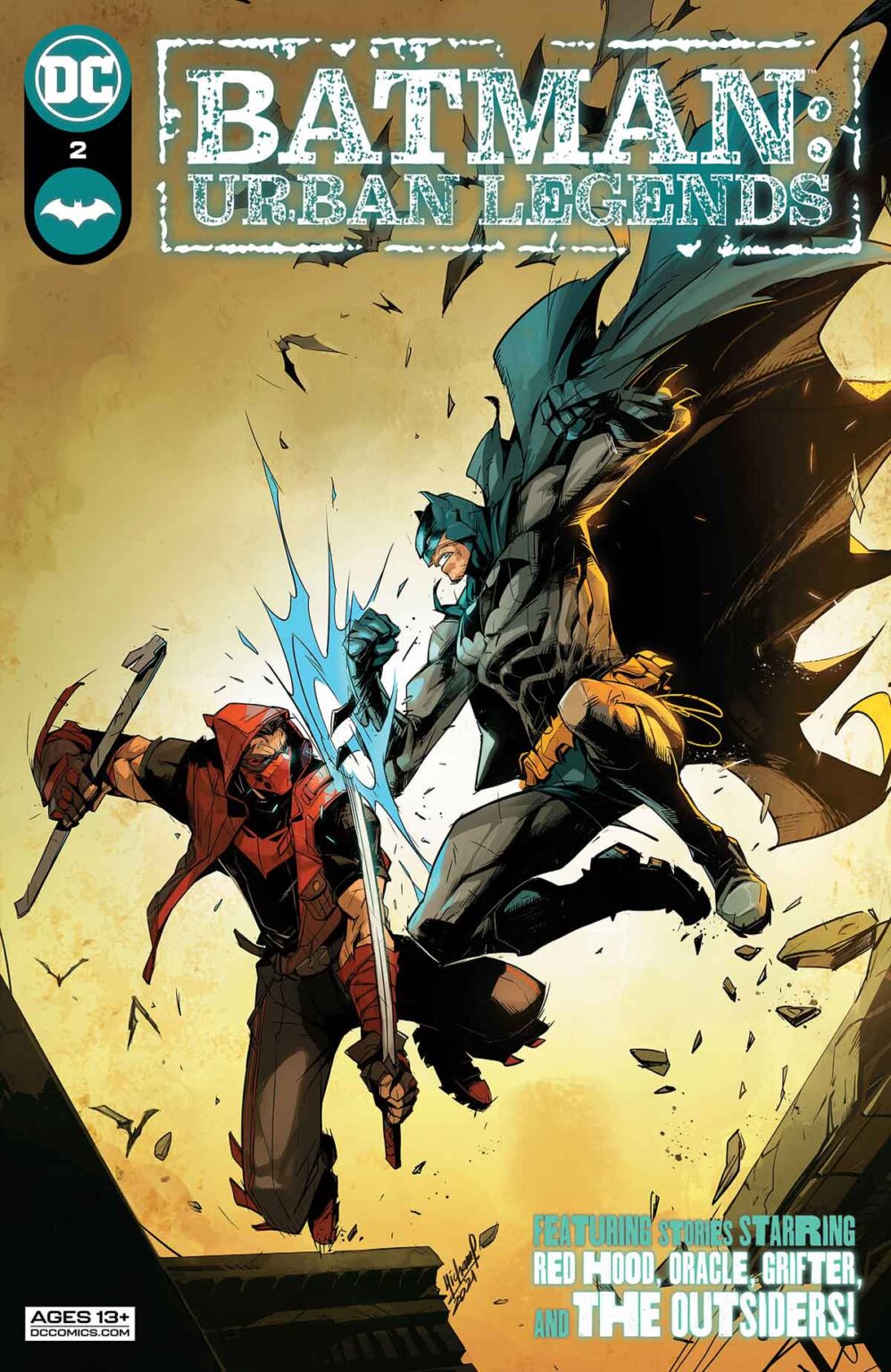 BATMAN: URBAN LEGENDS #2
written by CHIP ZDARSKY, MATTHEW ROSENBERG, BRANDON THOMAS, and CECIL CASTELLUCCI
art by EDDY BARROWS, RYAN BENJAMIN, MAX DUNBAR, and MARGUERITE SAUVAGE
cover by HICHAM HABCHI
variant cover by FRANCESCO MATTINA
variant cover by DERRICK CHEW
PRESTIGE FORMAT | ON SALE 4/13/21
$7.99 US | 64 PAGES | FC | DC
The new Batman anthology series continues! In part two of Chip Zdarsky and Eddy Barrows’s epic Batman/Red Hood story, Jason Todd has taken a man’s life, and now his mission is to keep the dead man’s young son safe. But Batman plans to take down Jason before he can make another mistake.
Then, in chapter two of Matthew Rosenberg and Ryan Benjamin’s senses-shattering tale, Cole Cash earns his pay as personal bodyguard to billionaire Lucius Fox, but what led him to Gotham in the first place? How does the mysterious HALO Corporation play into it all? And which Bat-Family character does he have an unfortunate meeting with in this chapter?
And in part two of Brandon Thomas and Max Dunbar’s epic Outsiders story, see Katana’s perspective on what brought the Outsiders to Japan, who wants her dead, and what her ultimate punishment will be for no longer having her husband’s spirit in the Soultaker sword.
Plus, Barbara Gordon has identified a citywide system hack from a foe she faced before as Batgirl…but this time around, Babs may have found a way to defeat her for good as Oracle!