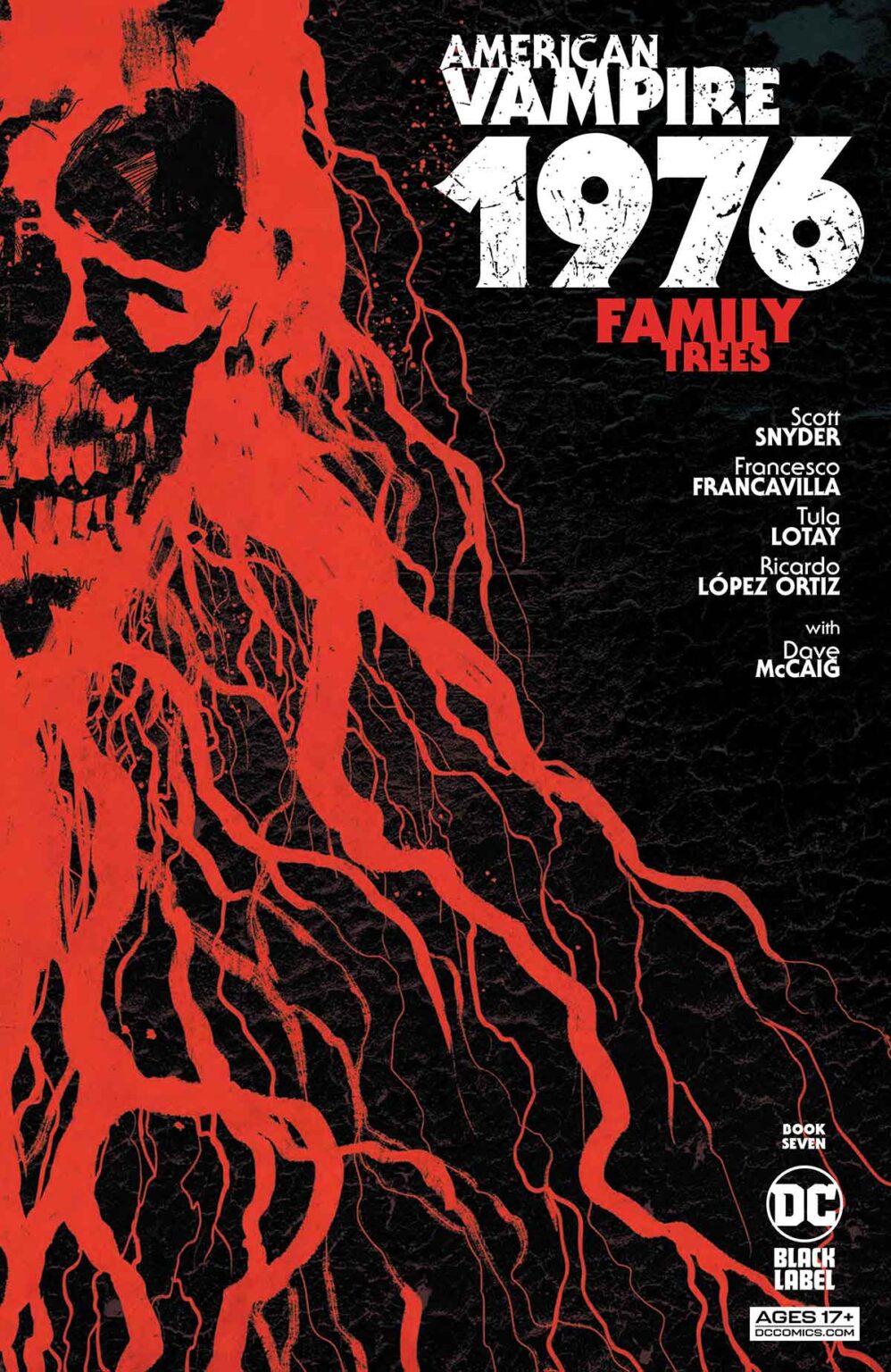 AMERICAN VAMPIRE 1976 #7
written by SCOTT SNYDER
art by FRANCESCO FRANCAVILLA, TULA LOTAY, and RICARDO LOPEZ ORTIZ
cover by RAFAEL ALBUQUERQUE
variant cover by JORGE FORNÉS
ON SALE 4/13/21
$3.99 US | 32 PAGES | 7 OF 10 | FC
DC BLACK LABEL | AGES 17+
Before Skinner and Pearl reunited and the Beast returned—before 1976—the fight to protect humanity persisted.
This special anthology issue presents new stories from the unseen era between American Vampire: Second Cycle and American Vampire 1976, bridging the VMS’ turbulent past with a nation’s uncertain future.
Jim Book and Pearl will test their new partnership on a mission to uncover new DNA technology in the fight against the Beast, Travis, and Gus enjoy a rare carefree moment in exile, and a deathbed vision reveals the truth about George Washington’s pact with the Council of Firsts and America’s role as a haven for persecuted monsters.