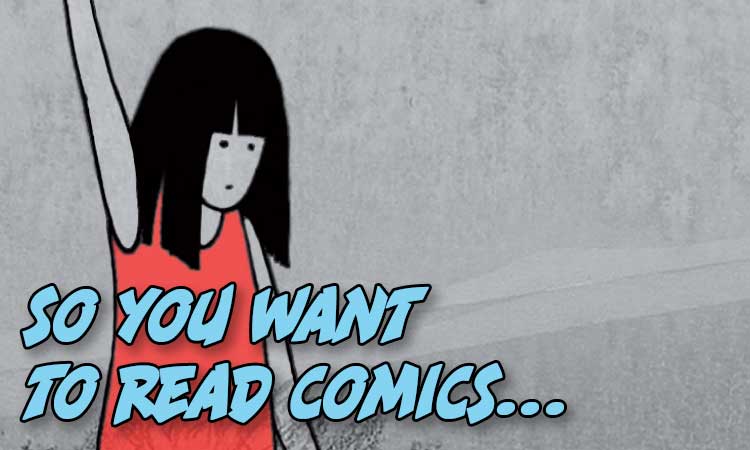 So You Want to Read Comics: True Crime Comics Edition

It’s that time for “So You Want To Read Comics”, our weekly feature where we take a look at a single topic and then offer comic book suggestions for new readers, based on that topic.  This week we’re wading our way into the dark yet oddly entertaining world of True Crime Comics.

A while ago we took a look at the crime genre (here, here, and here), but this week we’re focusing on the crimes that actually exist.  Since the 80s, the true crime genre has grown in popularity every year.  Shows like Unsolved Mysteries, Cops, and Forensic Files have turned real life crimes and the procedures needed to solve them into entertainment.  A recent addition to this genre has been the true crime podcast.  While many true crime shows focus on the crime itself and the things directly influenced by them, the podcast tends to widen it’s gaze and seeks out stories that are even tangentially related to the incident in question.

Here are a couple of comics that take that similar approach and focus on the drama and effects that exist in true criminal events.

Perhaps one of the most well known serial killers out there, the name Jeffery Dahmer is one that typically spawns many emotions in people, not many of them positive.  In this graphic novel though, we see a more rounded depiction of this man and the world he lived in.  My Friend Dahmer focuses on his childhood as seen through the eyes of the author who was one of the few friends Dahmer had.  While it never goes so far as to excuse Jeffery’s actions, it does paint a picture that suggests that there are other elements in his life that could be blamed for the dark path that Jeffery eventually took.  This graphic novel has been nominated for many awards and has won The Revelation Award at the Angouleme International Comics Festival.  It’s also been adapted as a film that has mostly positive reviews.

Set in the 1970s, this graphic novel features two plotlines during the Yorkshire Ripper Manhunt. In one plotline it follows a young woman who has experienced horrible violence and sexual assault, yet recieves incredibly poor assistance from the local police department.  The other plotline follows the detectives who are trying to capture The Yorkshire RIpper, an investigation that would eventually lead to the one of the most expensive manhunts in British history that would include, cumulative,  over a million hours of searching.  The real enjoyment of this graphic novel comes from the disconnect between the two plotlines.  On one hand there’s a string of crimes that has captured national attention and a swelling of sentiment.  On the other hand, a person who has experienced similar crimes but is not treated nearly as well as those who have perished.  This book features a mixture of art styles that includes actual press clippings, photographs and a limited color palette.  Also, it provides a way into the story of Peter Sutcliffe AKA The Yorkshire Ripper, who may not be as well known in the world of serial killers.

So there you have it, did you check out either or these recommendations?  Do you have some suggestions of your own?  Let us know in the comments section below.