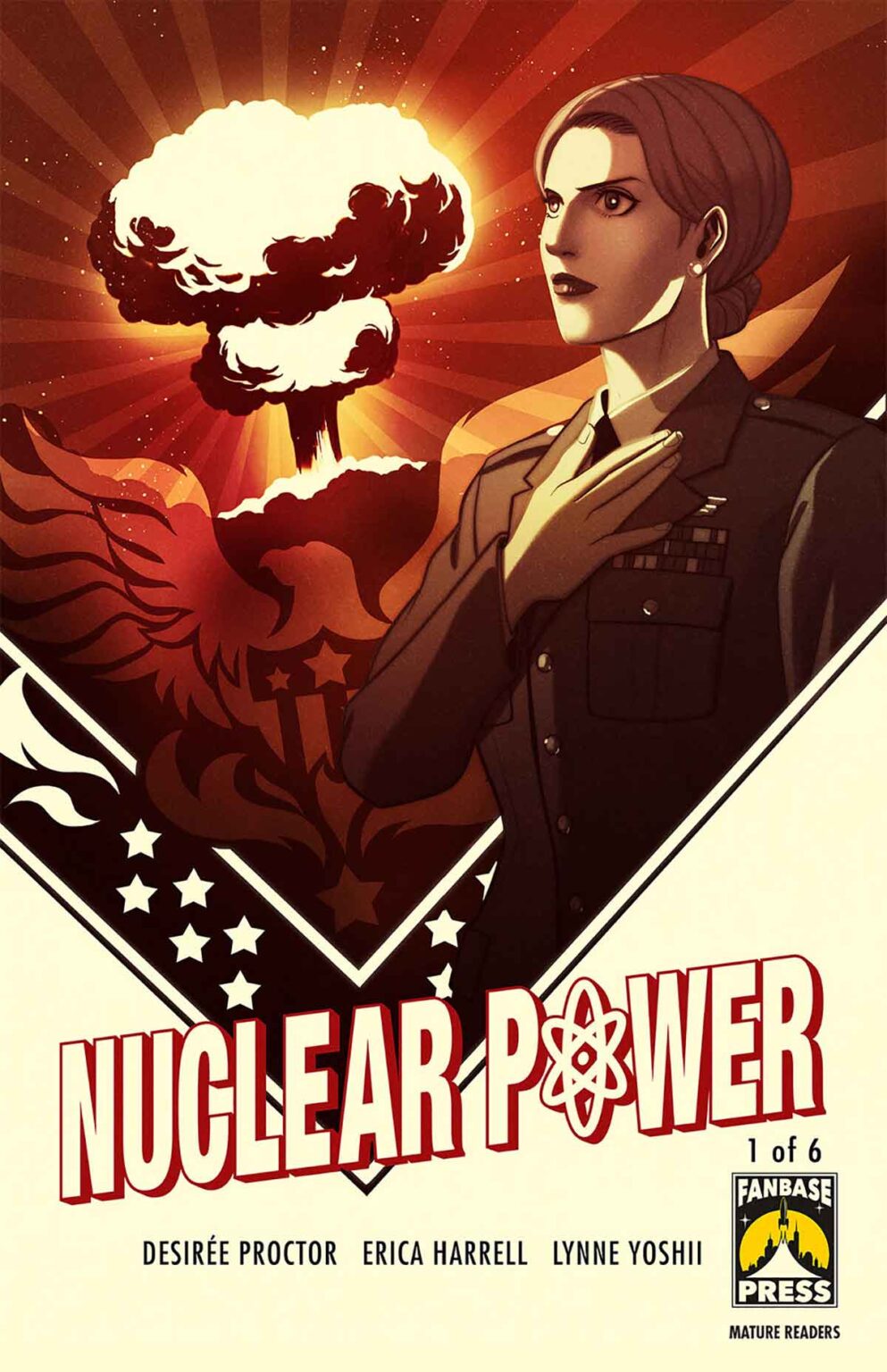 Fanbase Press is bringing its next series, Nuclear Power, to comiXology on April 21, 2021, and we have a rundown of the series and a sneak peek, after the jump.

SYNOPSIS:
October of 1962. The Cold War between the US and the Soviet Union is at its peak when the unthinkable happens: nuclear war. Sixty years later, the remaining 13 states rose from the ashes to form the American Union, governed by the authoritarian Joint Chiefs of Staff and protected by a border wall to keep out nuclear radiation . . . and the individuals who were enhanced by it. Nuclear Power is a darkly poignant alternate history of the Cuban Missile Crisis that posits the lengths to which a government will go to protect (or deceive) its citizens. When the Joint Chiefs’ dark secrets are revealed, will survivors on both sides of the wall join forces to fight for their right to life, liberty, and the pursuit of happiness, or will their differences forever divide them?