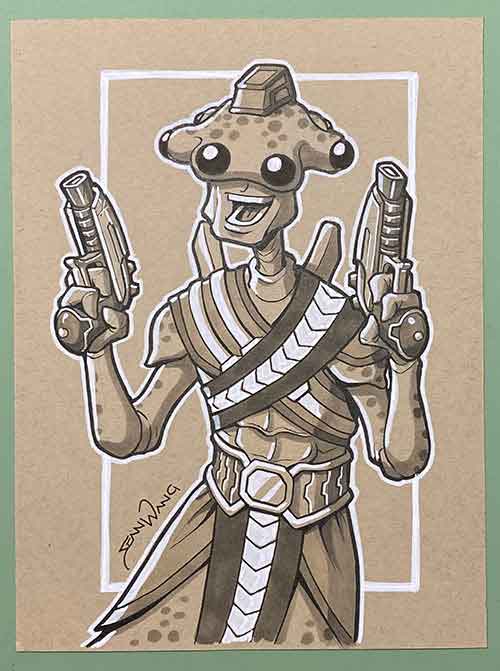 Sean Wang, creator of the Runners series, has announced he has completed the first two chapters of volume three, and they will begin appearing online on April 20th.

RUNNERS – Volume 3 – “Defects of Character”
Roka and the crew of the Khoruysa Brimia must travel through a particularly dangerous corridor of space, but the true threat may lie with the lethal mob assassin posing as a passenger in their midst. The new story also introduces an entirely new crew of mercenaries who have an unexpected connection to Roka’s crew. And the universe edges ever closer to war…

The series will post twice a week on Tuesdays and Thursdays on the Runners website (runnersuniverse.com). As a bonus, each page will come with a creator commentary post that will give more insight into the world of the Runners.