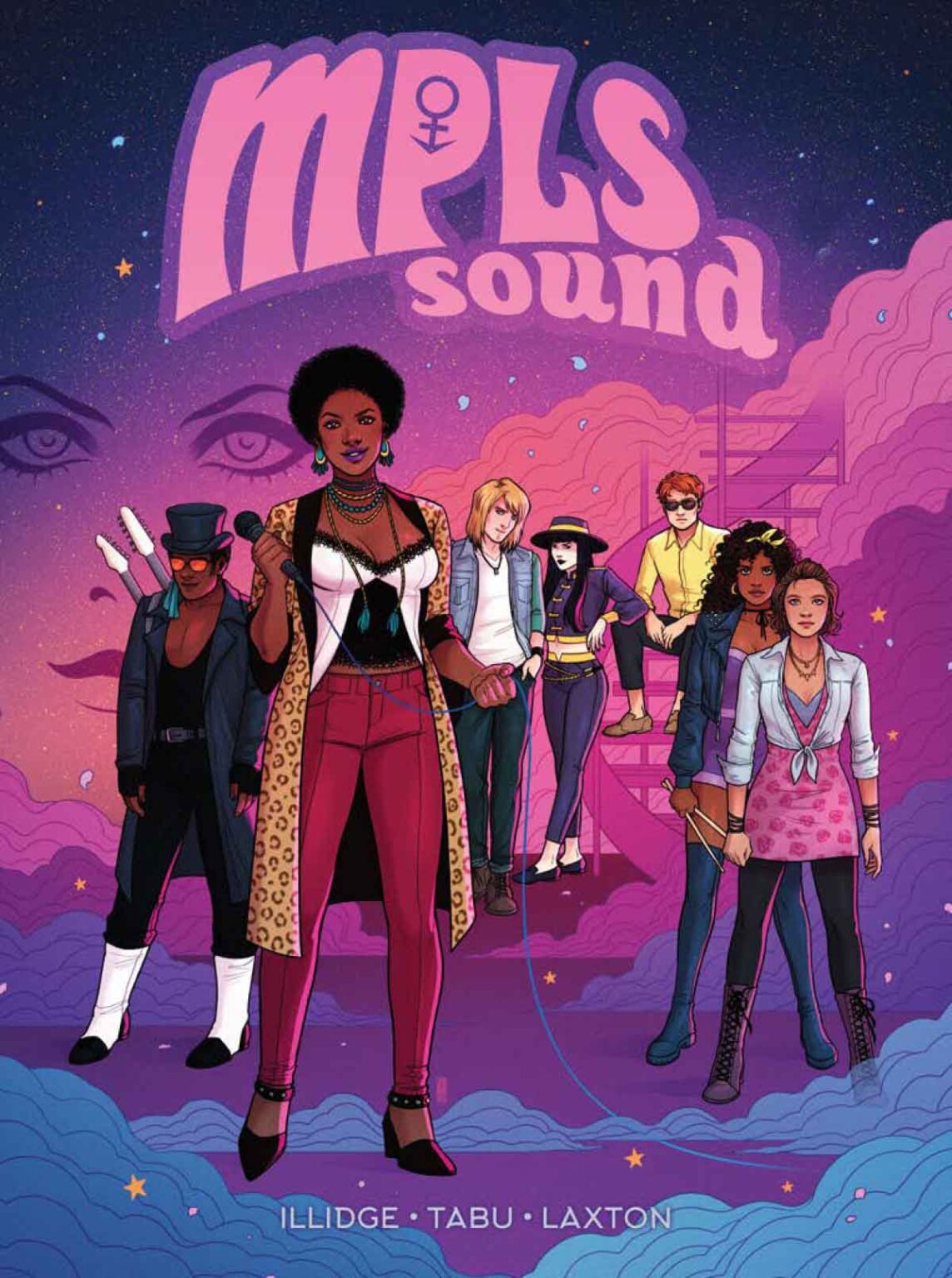 Humanoids to Publish MPLS SOUND, An Original Graphic Novel About Prince and His Musical Legacy

When Prince burst onto the pop scene in 1978, he put Minneapolis on the music map. Many up-and-coming bands followed the trail that he blazed. And now, co-writers Joseph Illidge and Hannibal Tabu, artist Meredith Laxton, colorist Tan Shu and cover artist Jen Bartel have created the ultimate love letter to the funky pop-rock sound that made The Artist Formerly Known as Prince a legend with MPLS Sound. This full color, original graphic novel charts the career of the fictional band Starchild and paints a vivid picture of the rise of a musical genius, and the rebirth of a city.

MPLS Sound follows the career of Starchild, a promising funk band led by an ambitious young black woman inspired by Prince to start her own revolution. Through her journey, we see from within exactly how His Royal Badness transformed the entire Minneapolis scene, inspiring countless young musicians to follow in his innovative footsteps. The book is a joyous and thrilling ode to Prince’s music and the shockwaves of inspiration it sent through the Minneapolis music scene. “Prince was a nexus and catalyst of music history, and MPLS SOUND is the story of how he changed the trajectory of fictional bandleader Theresa Booker’s life.” said Joseph Illidge. “The way PURPLE RAIN was a musical quasi-biography in film form, MPLS SOUND is a romance, ballad, and musical drama in the graphic novel form. A narrative and visual homage to His Purple Goodness and the era of MTV’s birth. Get ready for a journey of art, courage, and the price of reaching for the sky.”

“There is a certain level of expectation involved when trying to draw the unique wardrobe and general aesthetic of Controversy-era Prince and many scenes throughout the book are inspired heavily by the flashiness of 80’s funk,” said Meredith Laxton. “Ultimately, the story is about Theresa finding her own voice within the MPLS music scene and her evolving style throughout the book showcases that.”

“It’s hard to learn your heroes have feet of clay, but Prince’s problematic issues of colorism and capricious business practices cannot overshadow his eventual philanthropy and gigantic musical legacy,” said Hannibal Tabu about the themes of the book. “Here we got a taste of all of that while looking at some of the roots of the city that eventually killed George Floyd. Minneapolis is a complicated town, and its tragedies have left lives battered as much as its triumphs have inspired.”

Humanoids, the publisher of some of the world’s most groundbreaking science fiction and fantasy graphic novels, will publish MPLS Sound as part of the company’s acclaimed LifeDrawn imprint, which showcases deeply personal and political stories inspired not by science fiction but the world around us. Previous Life Drawn releases have included a biography of feminist icon and actress Hedy Lamarr; a runner’s memoir of the New York Marathon; and the recently published House Without Windows, a graphic documentary about the street children of Bangui, told in a style that mixes photos and illustrations.

Originally announced at an event at the Apollo Theater in early 2020, MPLS Sound will drop in bookstores on Tuesday, April 13 and in comic shops on April 14. Dig, if you will, its pictures.