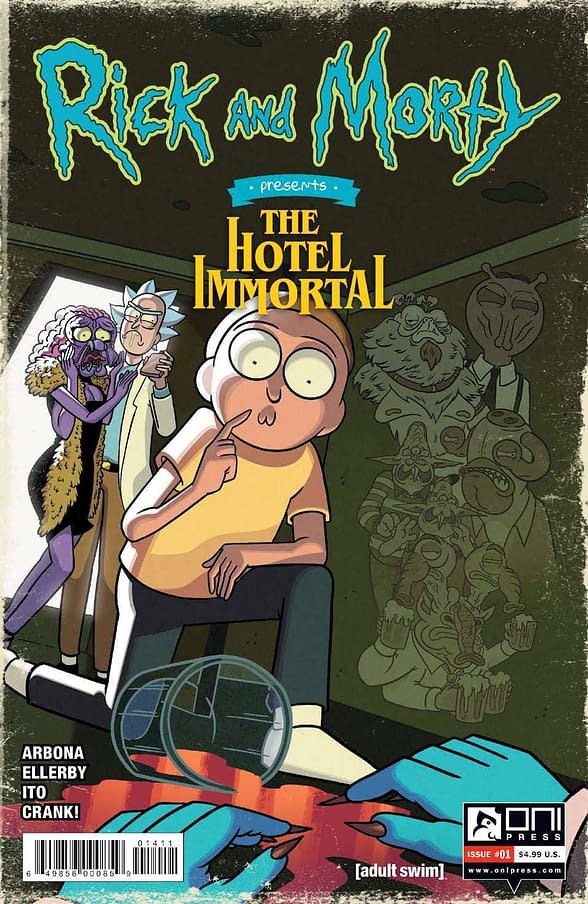 Rick and Morty get weird at Oni-Lion Forge this summer Taking pop-culture fan-favorite characters like Rick and Morty and plopping them into a typical whodunnit was a dream come true for writer Alejandro Arbona. “I love a ‘locked-room’ murder mystery. It’s a genre that a fool might think was completely played out after Agatha Christie, but leave it to movies like Clue or Knives Out to come along once a generation and blow that conceit out of the water,” said Arbona. “The question isn’t even who killed the victim, or why, it’s…how the hell? And now it falls to Rick and Morty to crack that one—but mostly Morty, because Rick doesn’t care.”

“As a fan of murder mysteries, Alejandro’s take on the genre with Hotel Immortal is very exciting,” said Leonardo Ito in
a press release from Oni-Lion Forge. “Pair that up with the fact this is also another opportunity to work with Marc Ellerby, who happens to be one of my favorite artists to color, and it’s easy to see how special this book is going to be.”