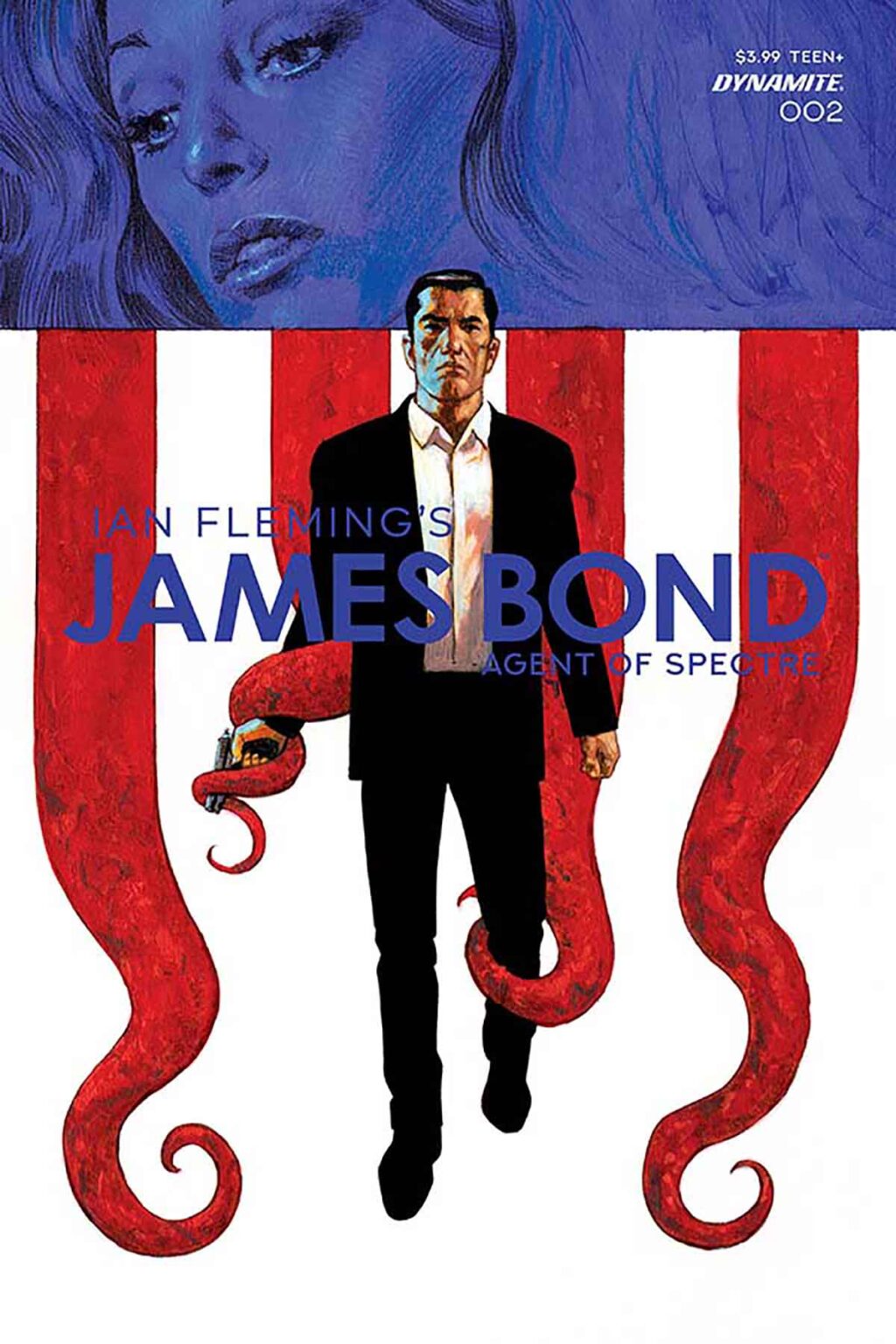 James Bond: Agent of Spectre #2
writer: Christos Gage | artist: Luca Casalanguida
covers: Sean Phillips (A), Sean Phillips (RI/Virgin), Sean Phillips (RI/BW),
Sean Phillips (RI/BW Virgin)
FC | 32 pages | Action/Adventure | $3.99 | Teen+
James Bond is in the USA…but NOT as part of Her Majesty’s Secret Service. Shockingly, he’s there as an Agent of SPECTRE, sent to eliminate an upstart rival SPECTRE boss at the bidding of Ernst Blofeld himself! The leverage Blofeld has against Bond is a threat to the life of one of the few people in the world Bond can trust… but that friend may have the interests of Bond’starget as the higher priority!