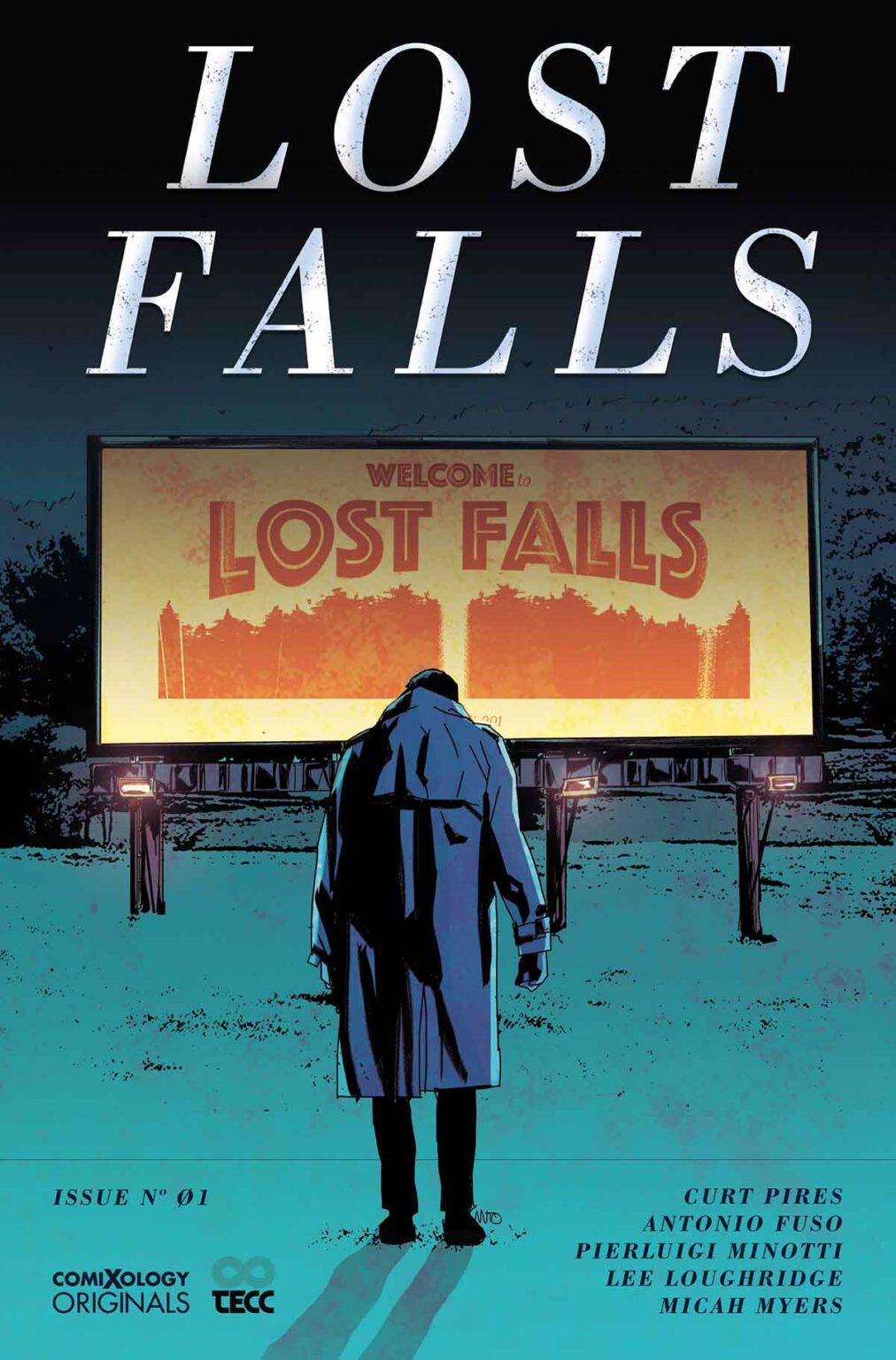 Visionary writer Curt Pires and comiXology, Amazon’s premier digital comics service, are announcing two new series Lost Falls and Memoria. This announcement is timed to the highly anticipated print publication of YOUTH Volume 1 from Dark Horse Books which coincides with the debut of YOUTH Season Two, the sequel to the acclaimed teen superhero drama that is exclusively available as part of the comiXology Originals line of digital content.

Both Lost Falls, a social minded mystery box thriller with art by Antonio Fuso, Pierluigi Minotti and Lee Loughridge and Memoria, a crime thriller with art by Sunando C and Mark Dale, will be written by Curt Pires and available exclusively from comiXology Originals will be available for purchase via comiXology and Kindle and included in Prime Reading, Kindle Unlimited and comiXology Unlimited upon release. More details and release dates will be announced in the coming months.

“I’m very excited to finally pull back the curtain and unveil these projects we’ve spent the last year in the trenches working on,” said Pires. “With YOUTH Season Two, Lost Falls and Memoria, I issued a challenge to myself and my teams to make the greatest comics we could—comics that rival the greatest comics published anywhere by anyone in any format—and I’m excited to unveil the results of our labour. These books represent what I believe to be the future of comics: bold innovative genre storytelling that’s representative of our diverse and expansive modern world. I hope you’ll come along for the ride.”

Written by Curt Pires and with art by Alex Diotto, co-creators of the acclaimed comic Olympia, with colors by Dee Cunniffe and letters by Micah Myers, YOUTH is an epic superhuman saga unlike any other. YOUTH is currently in development as an original series with Amazon Studios with executive producer Patrick Moran.

YOUTH Volume 1, the print edition, collecting issues 1-4 of the digital series, arrives in paperback for the first time from Dark Horse Books in bookstores on April 6, 2021 and in comic shops on April 7, 2021. In YOUTH Volume 1 Franklin and River struggle to navigate family, friends, high school, work, drugs, and all the pressures of growing up. As a queer couple, they yearn to escape their lives in a small, bigoted Midwest town. They steal River’s stepfather’s Mustang and hit the road. Their destination? California. But along the way, the car breaks down. They meet some kids who are travelling the country, partying, and attempting to find themselves. They party some more. . .And soon everything changes. [136 pages / color / MSRP $19.99/$25.99 pbk / ISBN: 978-1-5067-2461-4]

Part of the comiXology Originals line of exclusive digital content, YOUTH Season Two will be released monthly. Each of the 4-issues will be available upon release, at no additional cost, for members of Amazon Prime, Kindle Unlimited, and comiXology Unlimited, and for purchase on the Amazon Kindle Store and comiXology. Prime Reading offers all Amazon Prime members a rotating selection of over a thousand top Kindle books, magazines, short works, comic books, children’s books, and more – all at no additional cost. Kindle Unlimited gives customers access to more than 1 million titles, including thousands of audio books, and current magazines for just $9.99 a month with a 30-day free trial at amazon.com/kindleunlimited. ComiXology Unlimited offers over 30,000 comics, graphic novels and manga for just $5.99 a month with a 30-day free trial at comixology.com/unlimited.