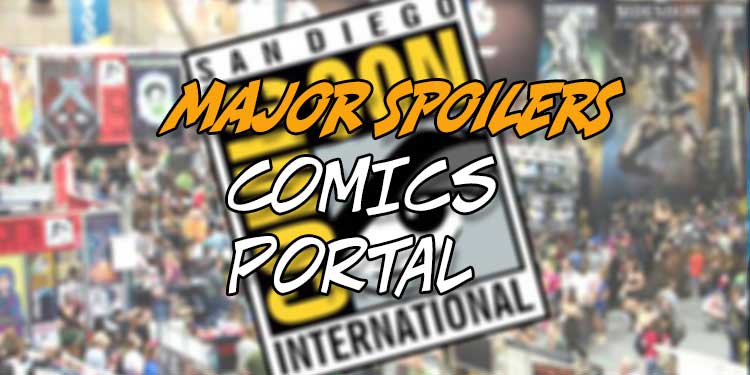 San Diego Comic-Con has scheduled an in-person event over Thanksgiving weekend this year. Will it work?

SDCC ON THANKSGIVING WEEKEND IN 2021 Part of the official announcement reads: “The Fall event will allow the organization to highlight all the great elements that make Comic-Con such a popular event each year, as well as generate much-needed revenue not only for the organization but also for local businesses and the community.”

Many people are quick to point out that this isn’t the first time SDCC has held two events in one year. In 1975, they had the customary late July show, then a second, three-day event that November.

Reaction online is, of course, mixed. Some are extremely unhappy that this is to take place the days following the Thanksgiving holiday. Others say it is a poor choice, given that families are often shopping or gathering that weekend.

Money is a big concern given that the online events haven’t come close to matching the in-person cons. Another paragraph in the release says, “While we have been able to pivot from in-person gatherings to limited online events, the loss of revenue has had an acute impact on the organization as it has with many small businesses, necessitating reduced work schedules and reduction in pay for employees, among other issues,” said David Glanzer, SDCC’s spokesperson. “Hopefully this event will shore up our financial reserves and mark a slow return to larger in-person gatherings in 2022.”

Not many details about this event have been released yet, and they are likely being worked on even as we speak. As I find myself saying a lot these days, we need to stay tuned for the information as it becomes available. Of course, safety will play a big part in how this con takes place. We can expect social distancing and masks to be important in how fans act. That’s very likely going to limit how many people can be at this SDCC and for how long.

I’ve heard suggestions that cons like this should break up into morning and afternoon sessions, with time in-between to sterilize and otherwise clean. I’m not sure that will work at SDCC, but it’s certainly something to consider.

This might also be an opportunity for those fans who usually can’t get to SDCC in July since reservations and hotels are often booked at least a year in advance. Since this is a different event, perhaps those who have missed Comic-Con in the past might find this something to go after.

Online I’ve read several groups who have said they will NOT be attending due to family commitments. I understand that, but again, if you have been around your family for a year on a daily basis, you might want to take this chance to do something else for a change!

Local cons and small events at comics shops have been taking place more often recently. If you follow the CDC guidelines, you hope to be safe. Also, vaccinations are underway. I’m fortunate in that I’ve had both of mine, so I’m at least 90% covered (I hope!), and maybe by November, we’ll be in a safer space than we are now. We’ll see!

If you don’t want to chance it, you should pass on SDCC this time! Some people I know haven’t left their homes since this pandemic started, and they don’t plan on going outside for months to come! They order in and buy supplies from local businesses that are happy to deliver. Safety first!

However, if you feel following the CDC guidelines make giving SDCC a go, it might be worth it. It goes without saying that you MUST follow those recommendations in order to stay safe!

I’m considering it myself. I’m interested in seeing what a convention looks like in the “new” world, so that alone has my curiosity peaked. I’ve attended local, smaller cons and events recently, and they’ve been successful … to a degree. They don’t make money like they used to, but it’s such a great thing to talk with people masked-face to masked-face!

But don’t quote me on that yet!

For more details, I would recommend checking in with SDCC’s website at comic-con.org! or here at MajorSpoilers.com.

IS THE TIME RIGHT?

I know people all over the safety spectrum, from those who wear masks in their cars when they drive to those who tell people “you don’t need to wear a mask on my account!”

The important thing is to stay safe! You have to do what works best for you and those you care about!

However, like I previously mentioned, smaller events are starting to happen, and while they aren’t the money-makers of previous years, there are creators who are seriously ready to interact with fans and hopefully make a shekel or two!

A lot of us are emotionally ready to interact with fans and creators again. We’ll see if this is the right time on safety and production levels! I certainly hope so, but we need to pay close attention to how things like this occur!

I certainly hope we can have a civil and intelligent discussion about this at this point! We need to at least be able to discuss moving forward, I believe!

What do you think? Will we be ready for in-person events come this November? If not, when do you think they should start up again? What safety precautions do we need to keep in place and for how long? Is this the “new normal?”  Whatever your opinions, be sure to share your thoughts in the space below!