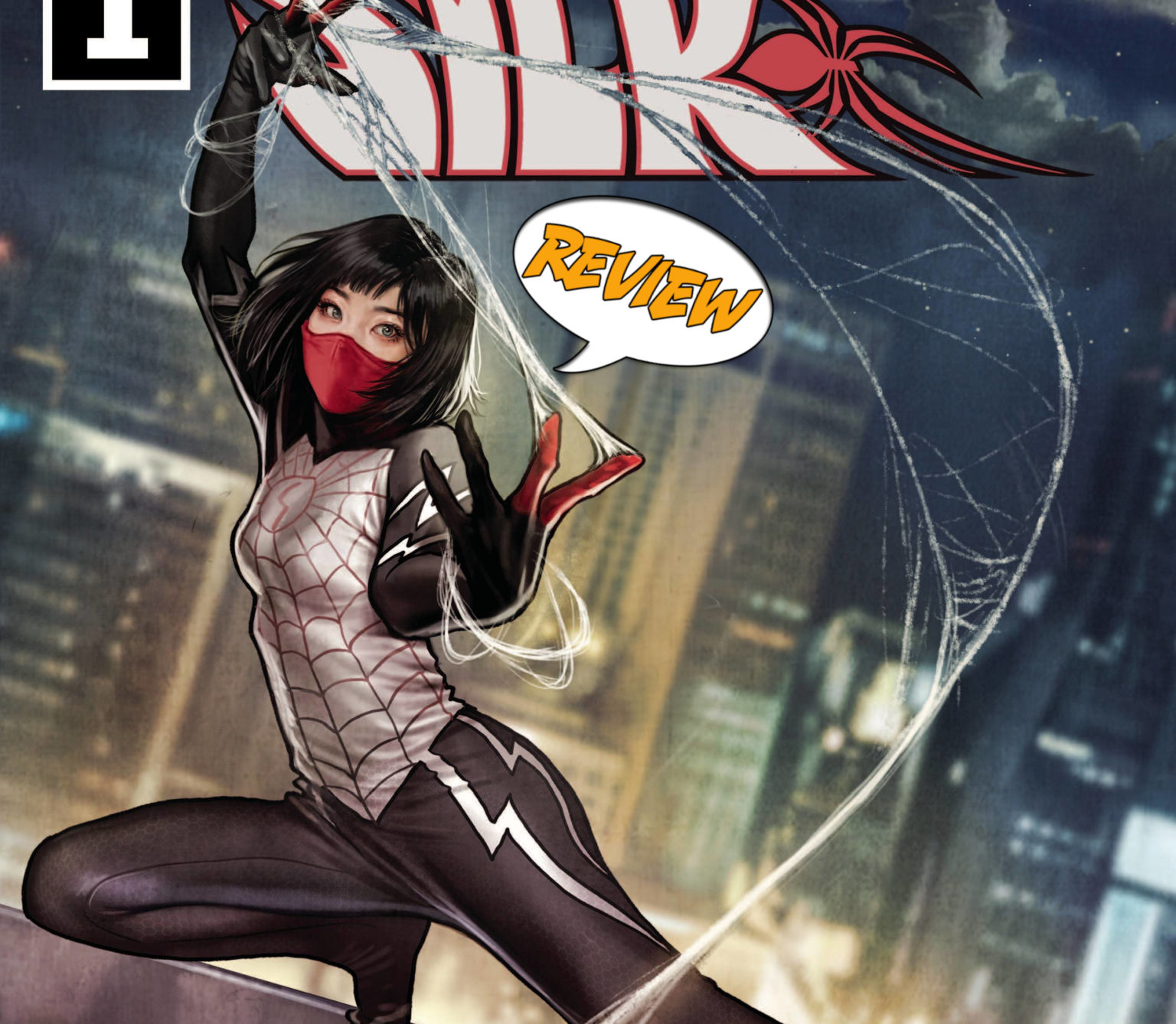 Cindy Moon is back in action with her new job as a reporter! Can she balance a full-time job and her superhero persona Silk? Find out in Silk #1 by Marvel Comics!

Previously in Silk: Cindy Moon was bit by the same radioactive spider that bit Peter Parker. Instead of becoming a teenager superhero, Cindy was put into a bunker of ten years. When she returned to the surface, she took on found her missing parents, rescued her brother, and saved the multiverse. She is an Agent of Atlas and a cofounder of the Order of the Web. However, most know her as Silk!

The comic starts with a bang when Silk stops a robbery in a fashion store. Silk not only stops the villains but is able to protect the merchandise from getting damage. As a reward, the shop owner gives her an outfit. An outfit that she wears on her first day of work! Cindy Moon is working on a reporter for Threats and Menaces, a news website run by Jonah Jameson and Norah Winters. Cindy seems to favor more analog research methods rather than digital and it makes her a favorite of Jonah but a nemesis of Norah.

She works with coworker Derick who receives a tip. She goes and investigates a deadly massacre of the Mulligan Gang except the people were murdered by claw and teeth marks. As Cindy turns in the news article, she sees J Jameson taking the subway and about to be attacked. Luckily, Cindy turns into Silk and stops them. When investigating the assailants, she pulls a weird chip out of their ear and finds a new lead.

Maurene Goo is a fiction writer and a first-time comic book writer. This feels like I am following a solid fiction book rather than following a more traditional comic book formula. Which I think is a wonderful thing and plays to Maurene’s strengths. We started with an action sequence then we introduced the character and the main plot. This flows extremely well, and the plot points are well presented. Topped with solid artwork, I think this series is going to be a great one overall.

Cindy Moon is such an interesting character, and I am happy to see her represented so well on the page. She feels like a human being and the people around her seem to be multi-faceted. However, I can’t really see a major theme of the plot quite yet. It does, however, have a good mystery element to it. As Silk solves this mystery, hopefully the main theme of the story shows itself.

I was excited about this book because I think Silk represents the Asian-American heroes well. As a Chinese-American, some of the heroes I have seen fall into a lot of negative tropes. This character feels like a person rather than a trope and I appreciate that. 4 out of 5 for this one from me.