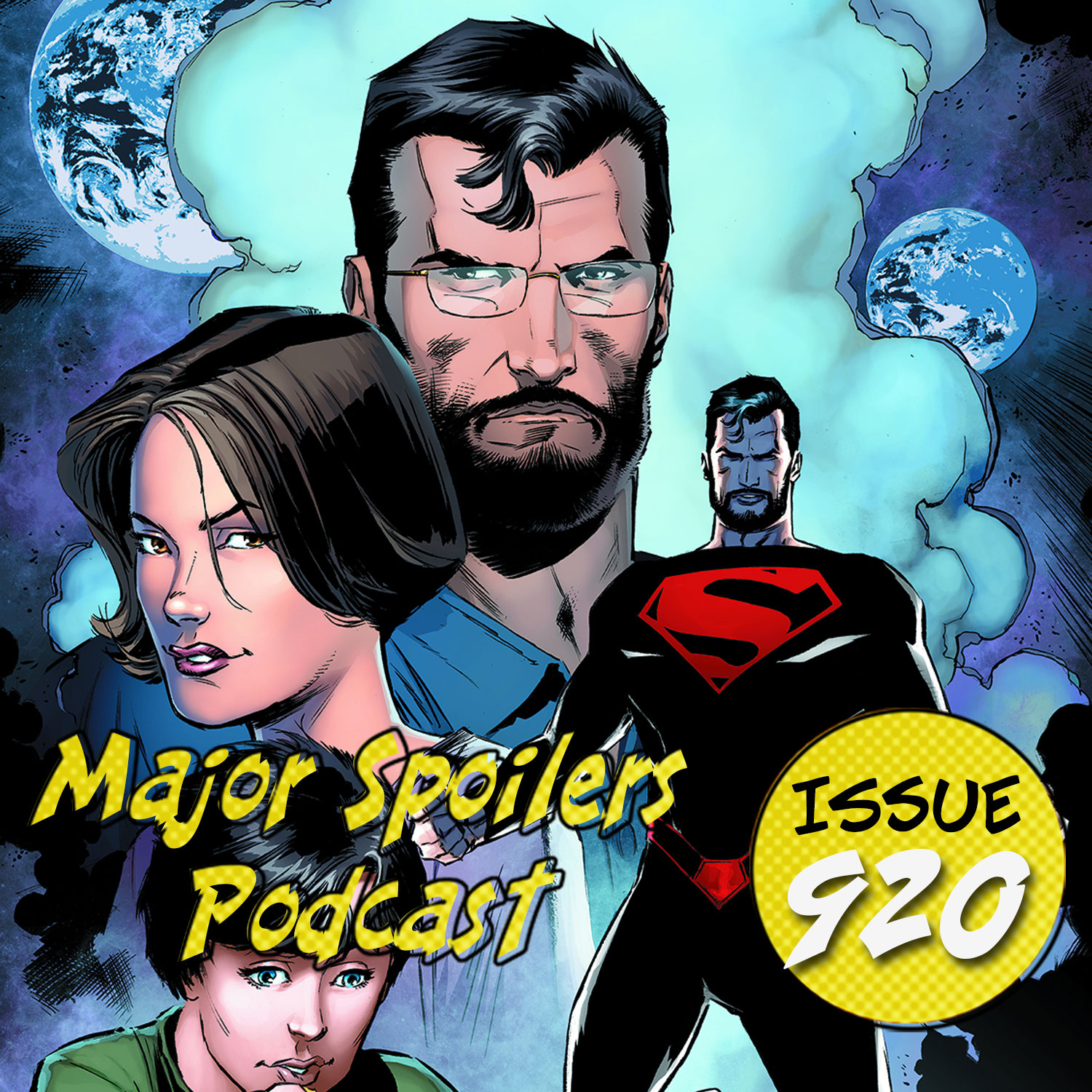 This week we take a look at family bonding in only the way Lois and Clark can do it. We review Young Hellboy: The Hidden Land #2, Batman/Catwoman #4, Falcon and Winter Soldier, and Marvel Action Spider-Man #1. Plus, more news for you to chew on!

San Diego Comic-Con is returning in 2021 as a “special edition” gathering. Despite recent news that the massive, pop culture convention would be going virtual in July, plans for the fall gathering have moved forward. Comic-Con International has announced their plans to hold an in-person convention in 2021.

‘Black Widow,’ ‘Cruella’ to Debut on Disney Plus and in Theaters as Disney Shifts Dates for Seven Films

As moviegoing slowly begins to rebound in the U.S., it appears Hollywood studios aren’t yet ready to release their biggest blockbuster hopefuls on the big screen. All that is to say Disney has massively overhauled its upcoming slate and amended release plans for ” Black Widow,” Emma Stone’s “Cruella,” ” Shang-Chi and the Legend of the Ten Rings,” Pixar’s “Luca” and several others.

Dwayne Johnson has revealed that " Black Adam " will release on July 29, 2022. Johnson unveiled the date before today's NCAA tournament game between UCLA and Alabama. In a short ad, Johnson can be heard saying in a booming voice, "The hierarchy of power in the DC universe is about to change."

You can purchase this issue via the comiXology affiliate link comixology.sjv.io/Ryyvdb

MATTHEW
BATMAN/CATWOMAN #4
Writer: Tom King
Artist: Clay Mann
Publisher: DC Comics
Cover Price: $4.99
Release Date: March 30, 2021
The Joker has hidden a bomb in Gotham-but there might be a bigger explosion if Batman proves his suspicions true, and Catwoman actually knows where it is! It’s a dangerous secret that threatens to destroy the couple’s relationship in its early days, and it’s going to reverberate throughout their time together. In the present day, it will affect how Selina handles Andrea Beaumont, a.k.a. Phantasm, who has a vendetta to carry out against the Clown Prince of Crime, fueled by the righteous fury of a mother who lost her son. And this whole chain of events is what ultimately leads to Catwoman killing The Joker in the future-a secret she can’t keep from her daughter, Batwoman, much longer. Particularly now that old man Penguin is involved.

You can purchase this issue via the comiXology affiliate link comixology.sjv.io/jWWxLa

Watch the series at www.disneyplus.com

ASHLEY
MARVEL ACTION SPIDER-MAN #1
Writer: Sarah Graley, Stef Purenins
Artist: Philip Murphy
Publisher: IDW Publishing
Cover Price: $3.99
Release Date: March 31, 2021
School can be tough, especially when you’ve got a secret – even if that secret is that you’re Spider-Man! Gifted with incredible powers, Peter Parker has defended the streets of New York City from all sorts of terrifying villians, but he’s about to discover that the halls of his new school may be even MORE dangerous in this middle grade adventures from writers Sarah Graley and Stef Purenins (Donut the Destroyer, Our Super Adventure) and artist Philip Murphy (Star Trek vs. Transformers, Powerpuff Girls).

SUPERMAN: LOIS AND CLARK
Writer: Dan Jurgens
Artist: Lee Weeks
Publisher: DC Comics
Release Date: September 6, 2016
Cover Price: $17.90
They were the first couple of truth and justice, the Man of Steel and the tough-as-nails reporter who was the love of his life. Then came the Flashpoint…the Convergence…and their world was wiped from reality, replaced with the New 52 worlds that make up the Multiverse.

Now Lois and Clark, as well as their young son, Jonathan, have been transported to an Earth much like the one they left behind, yet radically different. An Earth with familiar heroes, familiar faces, familiar names, but entirely different ages and attitudes. An Earth with its own Lois Lane, its own Clark Kent—its own Superman. An Earth where Superman is distrusted—and where two Supermen could cause a disaster.

For years they’ve stayed below the radar, with Clark fighting evil under the cover of darkness and Lois crusading against crime as an anonymous journalist. But now all their secrets are about to be exposed to a world far harsher than the one they left behind—and Jonathan is caught in the crossfire. Now only one question remains:

Has the time come for the original Man of Tomorrow to reveal himself?