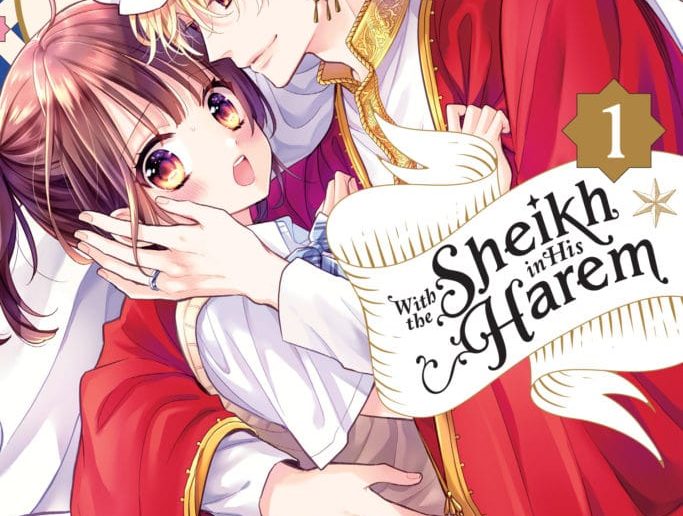 Kodansha digital debuts for May 2021

Kodansha has released the cover images and solicitation information for digital comics debuting in May 2021. With the Sheikh in His Harem
By Rin Miasa

Sanagi loves nothing more than money—not even love. After all, it’s what keeps her small family going. But when a chance encounter with a stranger leads her to push away his offer of riches, she wonders if she’s gone crazy…and starts to believe she really has when he reveals that he’s a Sheikh, and proposes to her! She rejects him, but soon finds out that a marriage with him might be the only way to keep her family safe…! The Springtime of My Life Began with You
By Nikki Asada

Suehiro is a quiet girl, who prefers the excitement of her books to the real-life anxieties of friends. She’d been perfectly happy in her own little world until ultra-popular guy Takasago asked her out as part of a punishment game right in front of the class, bringing Suehiro front and center. Mortified, she tries everything to get away…but he persists, and insists he’s serious! How will she deal with such an interruption to her previously quiet life? Tsukasa, whose dreams were crushed. Inori, left to fend for herself. These two share a dream…and their tenacity may be the only thing that sees them through. Their destination? The ice…on the world’s stage! Back When You Called Us Devils
By Takashi Sano

Yusuke Saito is a normal high school kid…well, normal enough, though there’s six months missing out of his memory. But when he starts to get confronted by people who insist they’re from his past, who allege that he did horrible things to them…suddenly Yusuke realizes that those missing six months may be crucial to remember. Otherwise, the skeletons in his closet may just make him a skeleton, too…