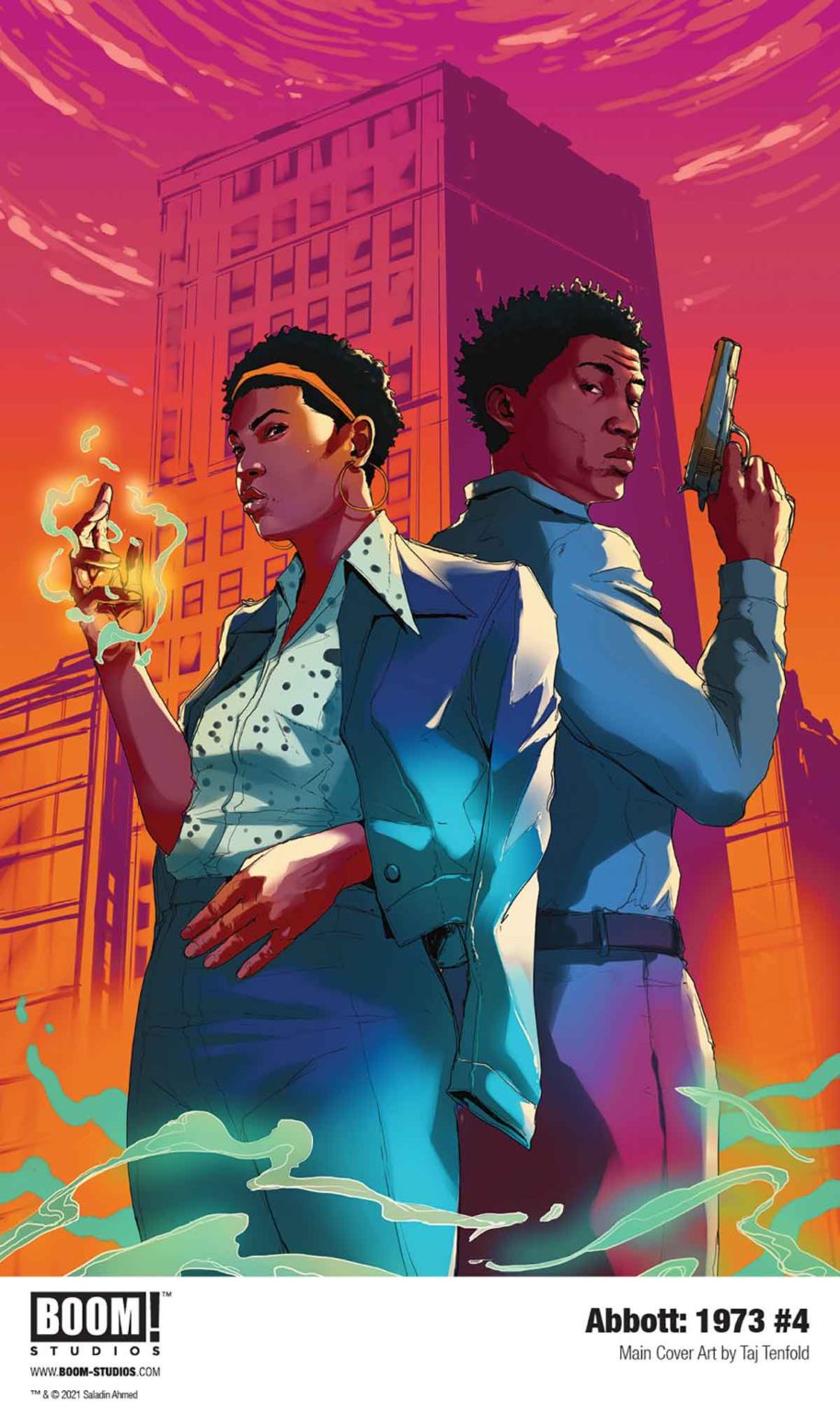 BOOM! Studios sent us a preview of Abbott: 1973 #4 from Saladin Ahmed and Sami Kivelä.

Elena has assembled a force of unlikely allies to mount an important rescue mission – but with vengeful gangsters and the deadly Umbra closing in, this is a fight they may not be able to win. The secret to victory may lie with one of Elena’s old friends – and the dark truth behind the Umbra’s return.