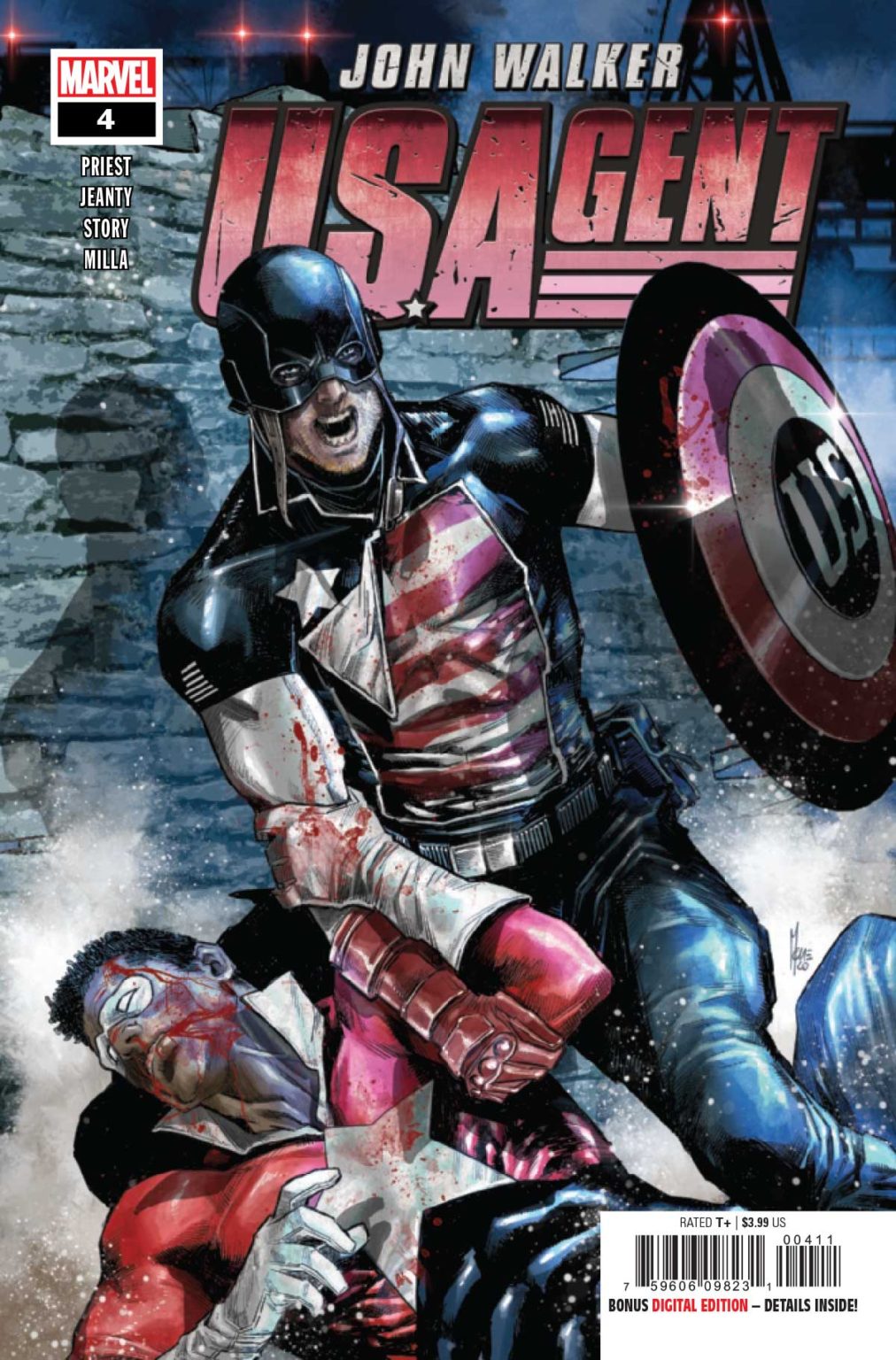 U.S. AGENT #4 (OF 5)
Christopher Priest (W) • GEORGES JEANTY (A) • Cover by Marco Checchetto
Variant Cover by JOE BENNETT
Conflicting visions of America intersect in a small mining town where long-buried S.H.I.E.L.D. secrets are unearthed, forcing a confrontation between John Walker and his own sister, who has commandeered powerful weaponry she is poised to unleash on the townsfolk Walker has sworn to protect.
32 PGS./Rated T+ …$3.99