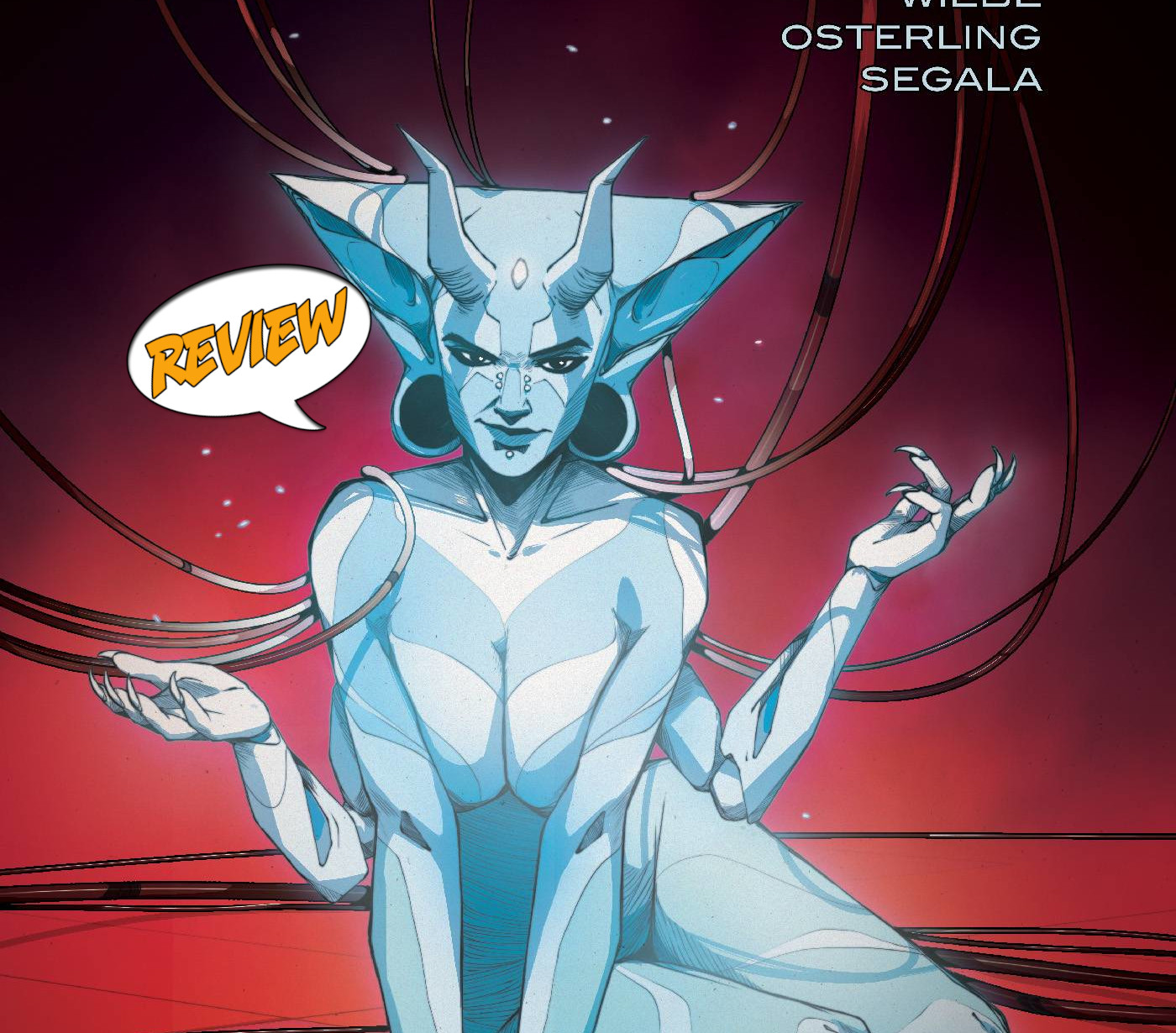 The Glass Family find themselves in the middle of a conflict between the world of magic and the world of technology. Find out if they can reconcile their differences and come together in Dryad #9 by Oni Press.

Previously in Dryad: Once upon a time, Morgan and Yale Glass found twins Rana and Griffon in a laboratory. Rescuing them, they faked their death and tried to have a new life. But many years later, Morgan and Yale’s past have caught back up and the family finds themselves back in a city of metal and mech. Now the twins are also showing that they are a conduit of magic which puts the Glass Family in the middle of a conflict between people who want magic to return for very different reasons.

Griffon’s parents seem to be in the middle of most of the conflict. Griffon and his brother, Lou, visit a strip club searching for a Vihiri expert. Lou them introduces Griffon to their “dead” grandfather, Eldon Glass. He reveals that the Vihiri had magic but refused to give it to humankind. So, humankind found a way to steal magic and killed/drove out the Vihiri. Morgan ends up meeting Yale’s mother who talks to Morgan about her ex-husband and what it means to be a parent. Meanwhile, the twins are back in the hands of Yale’s father who has built a building on an old Vihiri temple. Meanwhile, Yale learns his father’s true intent, to use the twins as bait to bring the Vihiri back and get real/more powerful magic!

There are a lot of moving pieces in the story, and I find myself a little flustered because the last issue came out almost three months ago. The next issue comes out in more than two months and it is becoming hard to remember every detail for the story to make sense. This makes me believe that this story is better read in trade rather than single issues. This is not a great jumping on issue, and I wish there was a bit of a recap about what is going on just as a refresher for the reader.

The plots and themes are still very strong. I like the introduction of Yale’s immediate family and how broken of a unit they are. We see the main Glass family beginning to break and reflect the childhood Yale grew up with. The divorced mother and the cold father compared to Morgan and Yale is an excellent foil for each other. Assuming the family reconciles in future issues, we get to see what the Glass family almost became. This tide in with excellent artwork led to a great issue with great themes.

I’ll be real, if I didn’t take the time to try and remember previous plot points, I would have been lost. On top of that, this issue is very setting and plot heavy. New readers will not be able to easily understand what is going on. The series is good and the issue is strong, but it is a middle issue without a lot of action. Don’t start on this one but do pick up the comic book series. 4.5 out of 5 stars.

The introduction of Yale's extended family puts a lot of insight on the family values of our main casts. Great technique and skill from the creating team as they portray the larger theme of the story.