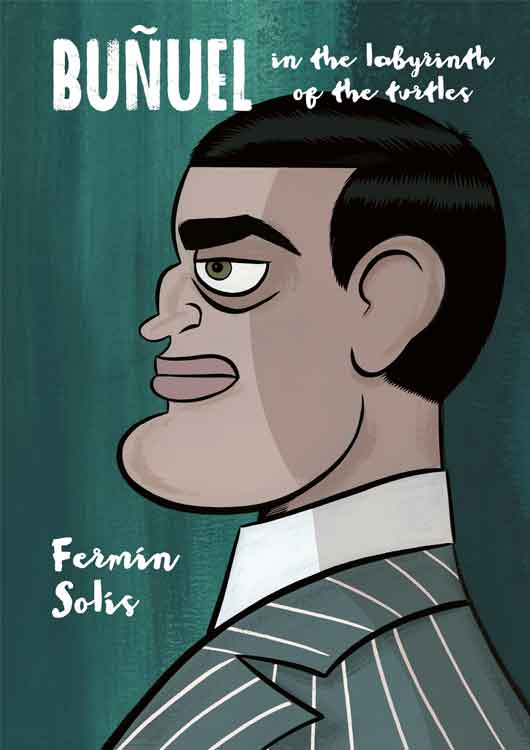 SelfMadeHero announces English adaptation of Fermín Solís’ Buñuel: In the Labyrinth of the Turtles

This Spring, SelfMadeHero will release the English adaptation of Fermín Solís’ Buñuel: In the Labyrinth of the Turtles. The graphic novel has also been adapted into an animated feature film. After making his debut with the controversial L’Age d’Or and dealing with critical fallout, Spanish filmmaker Luis Buñuel began doubting the power of surrealism and contemplated embracing a more social type of cinema. Buñuel: In the Labyrinth of the Turtles depicts this decisive moment in his career and his desire to change the world by showing the hidden heart of reality.

Buñuel was deeply affected by the harshness of Las Hurdes and the extreme misery of the people who lived in this remote region, so with his friend, the movie producer Ramón Acín, he began work on the pseudo-documentary Land Without Bread. But in the mind of the great surrealist, reality inevitably clashed with dreams and childhood nightmares, threatening both the film and his friendship with Acín. It was at this moment that the Buñuel of the future was born.

Spanish illustrator Fermín Solís creates a narrative that playfully combines fact with imagination in a colourful cartoon style that has seen him nominated for Spain’s National Comic Award. Already adapted into a multi-award-winning animated feature in 2018, this is the first official English translation of Solís’ acclaimed graphic novel.

Fermín Solís’ Buñuel: In the Labyrinth of the Turtles arrived on April 15, 2021.