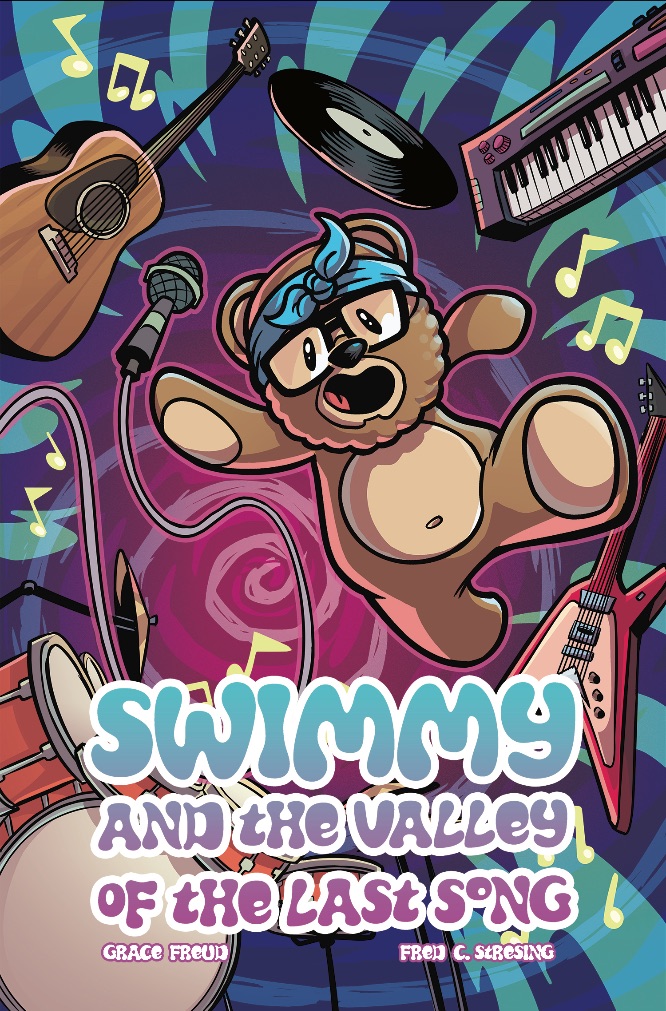 Z2 Comics continues to release the best in music-related comics and graphic novels, the newest in collaboration with singer songwriter Teddy Swims. The book portrays an imaginative adventure through the lens of a teddy bear, a format that will appeal to all ages Teddy Swims says “Ever since I was a kid I’ve dreamed of building my own universe of characters and stories that everyone can enjoy, especially children. I believe so strongly that the job of a musician or anyone with a platform should use it to guide and influence the upcoming generation in a positive way! And for the adults I always want to do anything I can to preserve that child in all of us because it’s the most important part of us! That being said, developing a comic book has always been a dream of mine! I hope you fall in love with Swimmy’s adventure as much as I have. Here’s to dreaming even bigger and making this a series!”

The Atlanta, GA native has blown up thanks in part to his music covers on Youtube. He became well known for his takes on classics we love like Christ Stapleton’s “Tennessee Whiskey”, Shania Twain “You’re Still the One” and Mario’s “Let me Love You.” As audiences fell in love with Teddy’s voice, so did recording labels. In January of 2020 Teddy was offered a recording contract with Warner Records. He eventually released his own highly anticipated Debut Single “Picky” followed by “Broke” and has most recently released “Till I Change Your Mind” this past week. Music fans everywhere have received Teddy Swims with open arms as evidenced by his Christmas Album alone receiving nearly 3M streams on Pandora.

Described by many netizens as a viking who sings like an angel, Teddy Swims has a striking appearance and an even more striking voice. Swims has a versatile set of vocals that combines elements of soul, hip-hop, R&B, and pop music. He was originally the lead singer for the rock band •WildHeart• from 2018 to 2019. These outstanding vocals did not go unnoticed and it was these elements that led big names in the music industry to offer recording contracts to him. At the time of this release Swims is currently represented by WME in all areas.

Teddy Swims: Swimmy and the Valley of the Last Song has been brought from the mind of the artist himself to the printed page by writer Grace Thomas, Illustrator Fred Stresing, and editors Camilla Zhang and Ryan Cady, with an exclusive limited deluxe version to include prints by artists Ian McGinty, Michael Lee Harris, and Sarah Stern. This inspiring and charming new story for music fans of all ages arrives in finer comic shops and bookstores everywhere this fall, with all editions, including the exclusive deluxe hardcover available to preorder directly from Z2 now!